The Head Coach of the Lobi Stars football club, Solomon Ogbeide has died after collapsing following a brief illness. 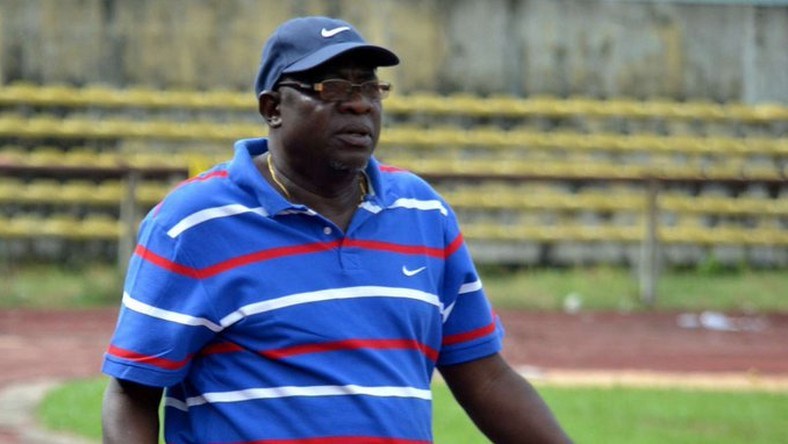 Solomon Ogbeide
According to Leadership, the Nigerian football scene has been thrown into deep mourning again after the news of the death of Lobi Stars head coach, Solomon Ogbeide broke.
It was reported that Ogbeide died yesterday morning after he collapsed and was unable to be revived, shortly after he complained that he was feeling unwell. Goal learnt that Ogbeide was rushed to a nearby hospital but he was declared dead on arrival.
Edema Fuludu, a former Super Eagles player who worked with him while he was with Warri Wolves, described him as a veteran coach who was very jovial.
“I was surprised to hear about his death because he was a man I was very close to. We even spoke yesterday (Sunday) and he gave no signs that he was sick,” Fuludu told Goal.
“He was a nice man to the core. He was my coach and a very good person to be with. His death is a sad loss to Nigerian football.”
Ogbeide led the Pride of Benue to the group stage of the Caf Champions League this year after helping the team to win the Nigerian Professional Football League (NPFL) title last season.
He has been with Lobi Stars since 2017.
Top Stories