EXPLAINER: How The Super Falcons Can Qualify For Round Of 16 Tonight


Despite losing two of their group state matches at the ongoing Women World Cup, the Super Falcons have a chance of qualifying for the knockout stages. 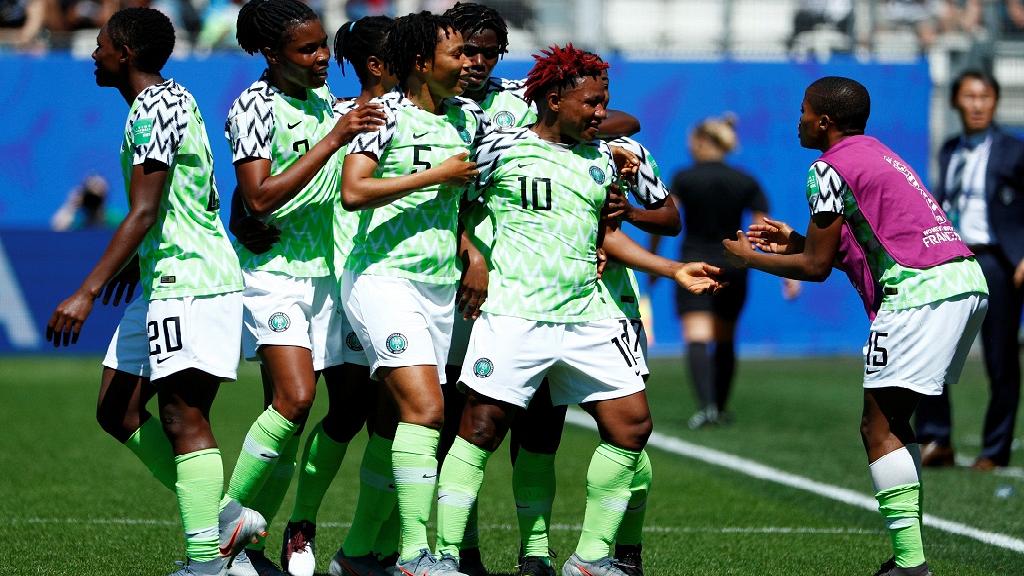 The Super Falcons
Nigeria’s hope of reaching the 2019 Fifa Women’s World Cup second round as one of the four “best losers” brightened with the 3-3 draw between Scotland and Argentina on Wednesday.
Brazil and China have already been certified for the round of 16. The World Cup group stages are coming to a close, with groups E and F set to be decided on Thursday night.
The Super Falcons’ progression to the knockout stages isn’t assured, there will be preying eyes on action unfolding tonight.
Coach Thomas Dennerby’s wards picked up three points from three group games and conceded four goals. They scored two goals and finished with -2 goal difference.
African representative Cameroon and Oceania side New Zealand have both lost their opening two games, though Cameroon sit ahead of New Zealand by virtue of having actually scored a goal.
The situation in the lower half of the table is much like Group E, only worse. Chile and Thailand have lost both opening games and have poor goal difference totals.
HOW NIGERIA QUALIFIES
If Chile can beat Thailand handsomely, with a minimum of three goal margin, Chile qualifies and Thailand on the other hand are all but eliminated. They need to make up a -17 goal difference. Near impossible.
If Chile does not score three goals or more, Nigeria qualifies. Thailand and Chile will be out.
Stalemate in Cameroon Vs New Zealand will also see the nine-time African champions pick a ticket to the next round.
If Chile wins 3-0, and Cameroon wins 2-0, Nigeria is out. If both team win with smaller goal margins, Nigeria will qualify.
***
Source: TheCable
Top Stories

Diego Maradona's Doctor In Tears After Being Accused Of Manslaughter, Police Raid His Home
Recent Stories