The 27-year-old was expected to replace Barcelona legend, Andres Iniesta, but failed to make the desired impact. 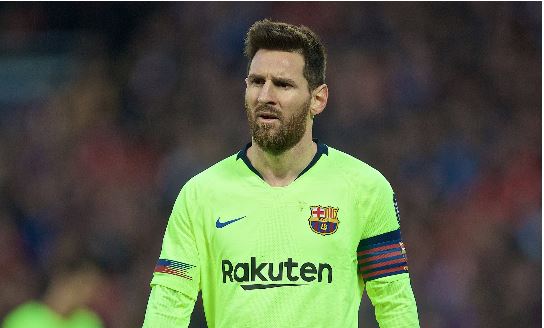 Lionel Messi
Barcelona legend, Rivaldo has blamed Captain Lionel Messi for Midfielder Philippe Coutinho’s failure at Camp Nou.
Coutinho, who joined the Blaugrana from Liverpool in a £142million deal in January 2018, failed to impress at Barcelona despite playing his part in two La Liga title wins.
The 27-year-old was expected to replace Barcelona legend, Andres Iniesta, but failed to make the desired impact.
He, however, joined Bayern Munich for €8.5 million on a season-long loan from Barcelona earlier this week.
But Rivaldo, a former Barcelona star, now believes that his fellow Brazilian compatriot failed at the Catalan club because Messi constantly takes all the credit and responsibilities at Barca.
“I always believed that Philippe Coutinho had the ability to succeed at Barcelona, but things were taking too much time and both parties agreed on a transfer to Bayern Munich, I’m a little disappointed about his failure in gaining a regular place in the first team, but perhaps he was no longer confident about it and unhappy, so he opted for a move to another big club trying to finally recover his best football from his time at Liverpool,” Rivaldo was quoted by Fox Sports as saying.
“It’s never easy to find your space in a team where Lionel Messi constantly takes all the credit and responsibility. There are few players in the world capable of reaching such situation and imposing themselves, and maybe Coutinho didn’t have enough patience to find his spot in the team, the Argentinian star is the team leader and will keep playing at his best level for about three or four more years, so it is difficult to see other players shining at their best at Barcelona.”
Top Stories