However, Arsenal are yet to win a North London derby when Atkinson has been the referee. 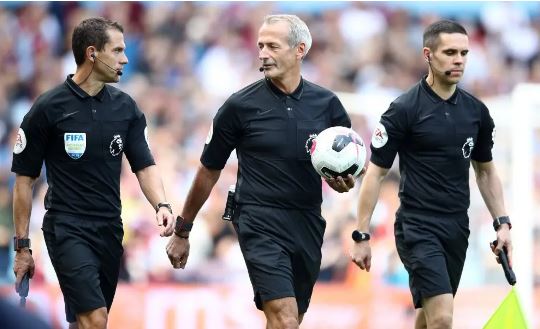 The Premier League has confirmed that Martin Atkinson will be the referee for the North London Derby between Arsenal and Tottenham on Sunday.
The two rivals meet at the Emirates Stadium having suffered defeats to Liverpool and Newcastle respectively last weekend.
Arsenal are however third on the table with two wins and one defeat from their opening three games.
Spurs are in seventh with four points from a possible nine.
Atkinson has taken charge of four North London derbies two of which ended 3-3 and 4-4, back in 2015 and 2016.
The other two finished 2-1 and 1-1.
However, Arsenal are yet to win a North London derby when Atkinson has been the referee.
Top Stories