This week, Joshua will go face to face with Andy Ruiz for the first time since their shocking contest from June. 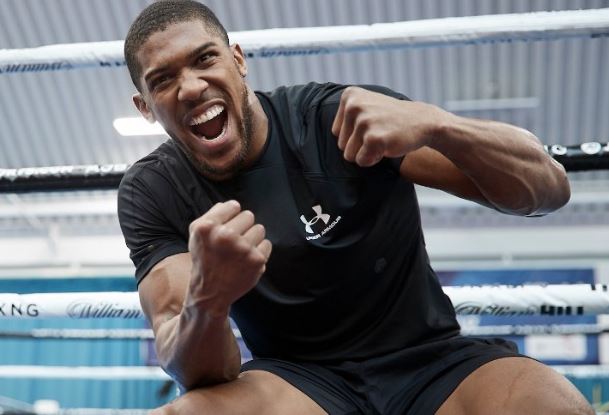 Anthony Joshua
Eddie Hearn, promoter for heavyweight Anthony Joshua, explains that the British superstar has now got his fire back.
This week, Joshua will go face to face with Andy Ruiz for the first time since their shocking contest from June.
Ruiz captured the WBO, IBO, WBA, IBF world titles after dropping Joshua four times to secure a seventh round stoppage at Madison Square Garden in New York City.
The rematch is set for December 7th, in Saudi Arabia.
The first press conference will take place in Saudi Arabia late today, then they will face off in New York City on Thursday, with a final leg of media tour taking place in London on Friday.
Hearn is very eager to see Joshua go face to face with his foe - after Ruiz recently stated that he fully intends to "end the career" of Joshua in December.
"He's looking into the eyes of a man who has beaten him, and it will be interesting how he reacts," Hearn told Sky Sports.
"I don't think AJ likes him, he doesn't like the comments that have been made. It's going to be lively. There will be respect because they had a great fight, but there will be an edge.
"AJ has got that spite back. I've seen it in the build-up. I like seeing that - it has to be controlled aggression and controlled spite. You're going in to knock somebody out and that's what AJ wants to do."
For the first contest, Hearn states that his fighter was missing the necessary killer instinct.
"He didn't have any emotion, and he made that clear. He wasn't up for fighting Ruiz Jr. It was nothing against Ruiz Jr, he just didn't have any emotion. And now he does," Hearn said.
Top Stories