Oredipe said this while delivering a keynote address at the agriculture summit Africa in Abuja, sponsored by Sterling Bank Plc. 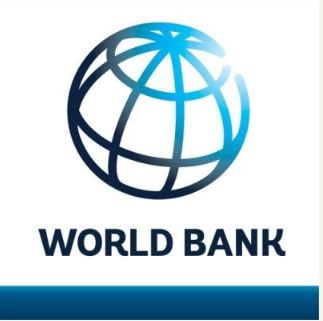 The Senior Agriculture Economist, World Bank, Dr Adetunji Oredipe, on Thursday said the neglect of the agricultural sector when Nigeria’s economy became increasingly dependent on oil has proved to be a “disaster”.
He said if Nigeria had held to its market share in palm oil, cocoa, groundnut and cotton, the country would be earning at least $10bn annually from these commodities.
Oredipe said this while delivering a keynote address at the agriculture summit Africa in Abuja, sponsored by Sterling Bank Plc.
The event was attended by Vice-President Yemi Osinbajo who was represented by the Minister of State for Agriculture and Rural Development, Mustapha Shehuri; Minister of Women Affairs, Mrs Paulen Talen; Governor of Kebbi State, Atiku Bagudu; Chairman of Sterling Bank Plc, Asue Ighodalo; and the Managing Director of Sterling Bank Plc, Abubakar Suleiman.
Painting a picture of the country’s agricultural sector, the World Bank agric economist said Nigeria was now one of the largest food importers in the world.
He said in 2016 alone, Nigeria spent $965m on the importation of wheat, $39.7m to import rice and $100.2m on sugar importation.
Oredipe said the decision to spend $655m on fish importation seemed financially irresponsible given all the marine resources, rivers, lakes, and creeks in Nigeria.
He said, “None of the above transactions (importation of rice, fish, sugar) is fiscally, economically or politically sustainable.
“Nigeria is tragically living on borrowed time, a typical case of robbing Peter to pay.
“For instance, each time we spend money to import rice, Nigerian local rice farmers are negatively affected in terms of morale, sales, and realisable income.”
He lamented that despite the huge agricultural potential, Nigeria which used to be the major player in agriculture in the world has lost its place in the global community.
He said, “In the 1960s, we had glory. That glory was visible and significant for the global community to recognise and applaud.
“Nigeria accounted for 42 per cent of the world’s exports of shelled groundnuts. Our total export volume was 502, 000 MT.
“This declined to 356 MT by 2016. Nigeria lost her leadership position and was overtaken by the USA, China, and Argentina.
“Nigeria was also the largest exporter of palm oil in the world and accounted for 27 per cent of the global export volume for palm oil.
“Indonesia alone recorded US$16.5bn, 54.5 per cent of total palm oil exports. Unfortunately, Nigeria is not listed among the first 15 as at this moment.”
He said the huge taste of Nigerians for imported food items had also contributed to high levels of unemployment for the youths.
Oredipe said, “Food producing factories in Western world, Far East Asia and other countries employ millions of young people to produce and export food. “This is a source of livelihood and it helps the workers to live well and go to school.
To reverse this trend, he said the government must articulate a clear vision to achieve a hunger-free Nigeria, through an agricultural sector that drives income growth.
In doing this, he said the vision of the government should be to revive the rural economy by transforming Nigeria into an agriculturally industrialised economy, create wealth, jobs, and markets for farmers.
He added, “We also need to realise that it is extremely difficult to produce, process and market at the same time. It is better to specialise and pick a certain aspect to focus on.”
He also said government should rigorously and transparently evaluate all major policies and initiatives aimed at boosting agricultural development.
The economist said a closer focus on agricultural finance schemes could boost its potential to foster an enabling environment to crowd-in private investment.
“The most fundamental cause of low investment in agriculture is the low expected profitability, which stems from low productivity. Additional factors contributing to this situation include an unfavourable business climate; infrastructural deficiencies; limited access and use of long-term business credit; and the high risk of investment,” he added.
He also said there was need to address the issue of high post-harvest losses, especially for perishables such as horticulture produce.
Oredipe said Nigeria produces 1.8 million MT of tomatoes per year, accounting for 68 per cent of the total production of West Africa.
However, he added, over 45 per cent of this is lost annually due to postharvest losses.
Despite this, he said, Nigeria continued to spend over N16bn annually on tomato paste importation making the country the largest importer of tomato paste from China and Italy.
He said, “We need to find better ways to link farmers with off-takers and processers. Our off-takers imports food items being produced by our farmers because they are not aware of the products in the local market.”
The VP in his speech at the event said the Federal Government recognised the importance of the agriculture sector to food security, job creation and poverty reduction.
He said the sector was one of the priority areas of the government, adding that this was why various intervention programmes were being implemented under the Agricultural Promotion Policy.
He said, “It is heart-warming that agriculture is fast becoming the buzz across trade and investment circles particularly in the face of perennially dwindling oil prices and devaluation and the attendant desire of government to diversify the economy.
“The need to get everybody into agriculture has been one of the cardinals of the Economic Recovery and Growth Plan of the Federal Government with emphasis on developing an export-led economy.
“Our agenda is to guarantee the vibrancy of the sector; agriculture must be seen as a business and haven for investment.”
Osinbajo said the government was integrating food production, storage, food processing and industrial manufacturing to establish linkages necessary in the agricultural commodity value chain.
Top Stories