The ceremony was held in honor of civilian staff members, police and military personnel who have fallen in service to the UN across the world. 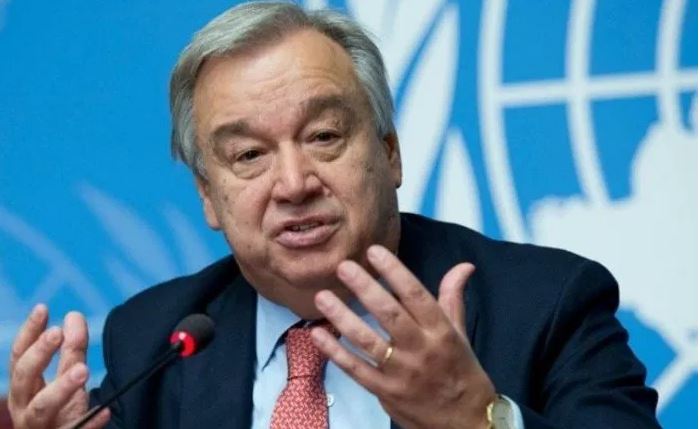 Secretary-General, Antonio Guterres
The United Nations has lost 72 personnel so far this year, its Secretary-General, Antonio Guterres said in New York on Friday.
Guterres said this at a wreath-laying ceremony and memorial service to mark the opening of the UN Staff Day celebrations at the organisation’s headquarters.
The ceremony was held in honor of civilian staff members, police and military personnel who have fallen in service to the UN across the world.
The UN Chief gave breakdown of the death figure as 25 civilian staff members, 43 peacekeepers and four UN police officers.
According to Guterres, the UN staff work in the most dangerous and challenging environment around the world, and it was the duty of all to remember and commemorate the fallen colleagues.
He expressed his sympathy to their families, friends and loved ones “who feel their loss so keenly”.
Guterres said: “Let us remember the sacrifice made by our fallen colleagues in working to make the world safer and more dignified for those less fortunate than themselves.
“UN staff are working on the frontlines of the most pressing challenges, addressing key humanitarian needs, keeping the peace, defending human rights, feeding the hungry and helping to build resilience to climate change.”
Earlier in her remarks, President of the UN Staff Union, Ms Patricia Nemeth, saluted the commitment, dedication and sacrifice of the organisation’s personnel.
Nemeth said the world had witnessed the “remarkable reach of our civilian, police and military colleagues deployed under the UN flag”.
“They have delivered time after time in unprecedented circumstances by demonstrating valour in times of crisis.
“Our civilian, police and military personnel and their families deserve everlasting gratitude and support from the UN family,” she said.
Top Stories