Research has revealed that a new drug which contains the herpes virus could be the key to treating advanced stage skin cancer. 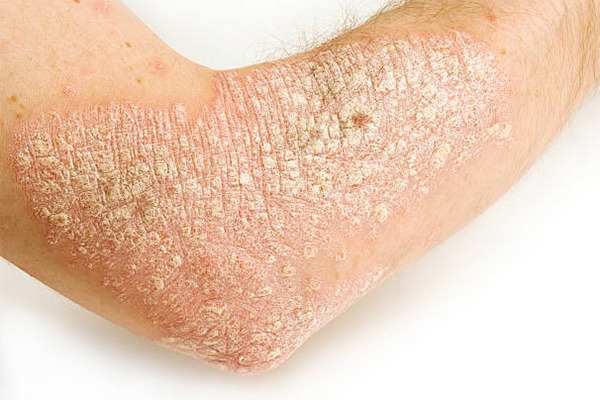 Skin cancer
A new drug that contains the herpes virus could be the key to treating advanced stage skin cancer, research has revealed.
The drug is a genetically modified strain of the sexually transmitted infection and is injected directly into tumors.
From there, the virus multiplies inside the cancerous cells and kills them, and teaches the body’s immune system to also attack the cells.
It helped patients like Bill Tripoli, of Abita Springs, Louisiana, who was diagnosed with melanoma on his left leg in 2014, reported WAFB.
When he was first diagnosed, he was told he only had a year-and-a-half to live. But, thanks to the new treatment, he is getting closer to being cancer-free.
Bill Tripoli, of Abita Springs, Louisiana, was diagnosed with melanoma in his left leg in 2014.

The skin cancer spread to his lymph nodes and he was given a year-and-a-half to live.
Tripoli was referred to a doctor in Baton Rouge, who wanted to treat him with an immunotherapy drug called talimogene laherparepvec.
Tripoli told WAFB he first noticed something was wrong when brown and black spots started appearing all over his leg.
After several doctors’ visits and tests, he was diagnosed with melanoma. Melanoma begins in the melanocytes, a type of skin cell that makes melanin and gives skin a tan or brown color.
The American Cancer Society estimates that more than 96,000 people will be diagnosed with melanoma in the US in 2019 and that more than 7,200 will die.
Top Stories