A university student has been caught on camera rejecting a marriage proposal she received inside her lecture hall. 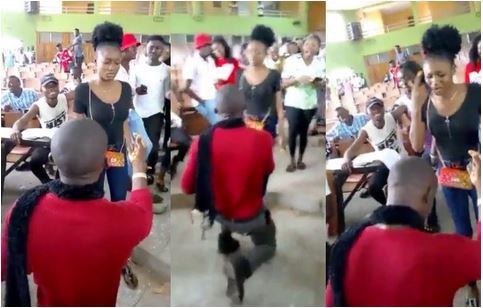 The lady, who is said to be a Benue university student, is seen standing before a man who knelt down to propose to her inside her lecture hall.

The lady who apparently did not want to be proposed to, and who felt embarrassed by the scene her 'boyfriend's proposal' caused, slapped him before walking out.

Her reason for her action is not known just yet.

Below is the viral video: