According to an investigation from Auto Express and the British Insurance Brokers Association, showing your colours on your car could end up becoming an expensive mistake. 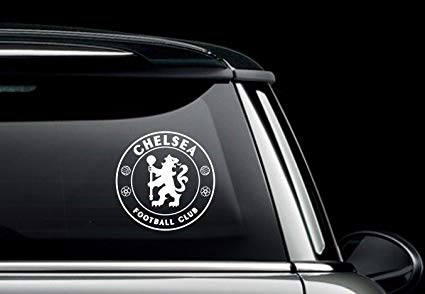 Showing your colours on your car could end up becoming an expensive mistake - and it's nothing to do with vandalism from rival fans.

That's after it emerged football club stickers can count as "modifications" according to some insurance companies - and if you don't let them know, you could invalidate your cover - or even end up with 6 points on your licence and a £300 fine.

That's according to an investigation from Auto Express and the British Insurance Brokers Association.

“While some additions to your car are obvious candidates for telling your insurer about, many motorists will be surprised by the strict definition of modification, and how even a sticker in the back window could void your policy,” said Auto Express consumer editor Hugo Griffiths.

It's not an idle threat, either.

A few years ago Reverend Wena Parry, 75, sent photos of her car as part of a claim, only for the insurance company to say she had 10 days to explain why she hadn't told them about the stickers she applied and warned "the policy may be declared void".

In a letter Age UK Insurance said: "These modifications do not fit our acceptance criteria for motor insurance. Cover would have been declined if we had been made aware of these at the time of purchasing your policy."

While her insurer did, eventually, pay out - the warning it there for all to see.

“Failing to declare something as humble as paint protection film or different alloy wheels could void a policy entirely, potentially costing thousands in the event of an incident, and even putting motorists at risk of a £300 fine and six penalty points,” Griffiths said.