Must Read: How Will Brexit Affect Nigeria?


Evidently, the effects of Brexit have been strongly felt by the UK economy with the British Pounds on the decline. 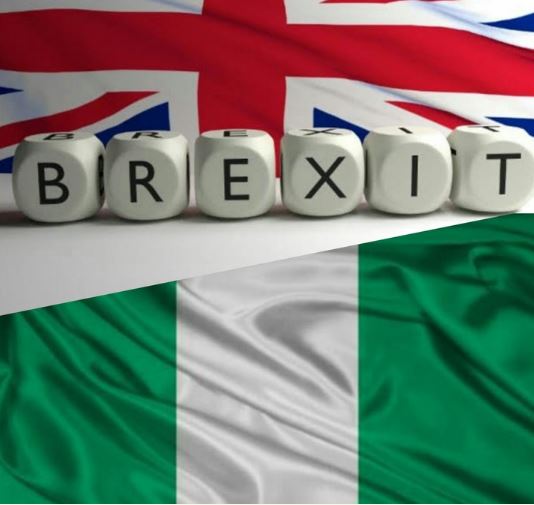 Brexit is a term used to describe the scheduled withdrawal of the UK (United Kingdom) from the EU (European Union).

This is a process that was birthed in the aftermath of a 2016 UK – EU membership referendum, where majority of UK voters voted to leave the European Union.

Over the years, there has been series of negotiation and re-negotiation to reach a withdrawal agreement which will form the basis of the post-divorce relationship between both parties.

However, these efforts have been met with a deluge of obstacles, the most recent being the UK Parliament suggesting a further extension of the Brexit deadline and Prime Minister Boris Johnson calling for a General Election in December.

Evidently, the effects of Brexit have been strongly felt by the UK economy with the British Pounds (“GBP”) shedding over 21% since the exit process began in 2016.

This could be further worsened as vast majority of economic projections suggest that Brexit will harm the UK economy both in the short and long term.

Although, Brexit is a political and economic issue relating to the United Kingdom, the effect is far-reaching and cuts across the global economy.

The International Monetary Fund (“IMF”) downgraded its global economic growth outlook for 2019 to 3.6% with emerging economies expected to grow by 4.1% (following a 4.5% growth recorded in 2018) citing the trade war between US and China and uncertainty regarding Brexit’s outcome.

How will Brexit affect Nigeria?

It is quite difficult to draw extensive and clear cut conclusions on the impact of Brexit on Nigeria’s economy, as this situation is the first of its kind and hence there exists no precursor to be employed as a basis for analysis. However, our study on the trade relations and economic interactions between the UK and Nigeria discloses the following findings as consequences of the planned British exit on Nigeria’s economy.

Brexit presents significant economic and political uncertainty. For the average investor, unpredictability means danger! Foreign investors would be weary of investing in emerging economies such as Nigeria’s. Over the years, Foreign direct investments (“FDI”) in Nigeria has declined significantly by a cumulative average rate of 19% between 2014 and 2018 with the largest decline recorded in 2017 and 2018 (post Brexit referendum periods).

On the other hand, remittances to Nigeria is the second highest in Africa growing at an average rate of 4% between 2014 and 2018 with the largest growths experienced in 2017 and 2018.

Although correlation does not imply causation, we could assume that Brexit has contributed to the trend experienced in both FDI and Remittances. This could continue in the foreseeable period following the breakup of the UK and EU’s economic relationship.

With the projected slowdown in economic activities across nations, emerging economies heavily reliant on commodity export for revenue generation are expected to experience decline in revenue as demand for commodities are weak during periods economic deceleration.

In 2016, oil prices declined by 17% year on year (y/y). This led to a slowdown in Nigeria’s economic growth process, which eventually saw it slip into recession.

Around 32% of Nigeria’s 2020 projected revenue will come from oil, but with Brexit expected to come into full effect in 2020, it might be too early to lay emphasis on the impact on oil revenue, vice Nigeria’s economic performance.

With respect to human capital, we might witness an exodus of skilled workers and talented students to the united Kingdom in the aftermath of a successful Brexit. The current British government under the leadership of Boris Johnson has defined its post-Brexit approach to immigration as one which looks to attract “Skilled Migrants”.

In line with the stated, the UK government has granted a further 2-years post study stay to international students who have attended a recognised UK higher institution.

According to Study in-Uk (“SI-UK”), Nigeria ranks 9th amidst country of origin of international students’ population.

On the job scene, 26% of Doctors practising in the UK are from non-EU countries, with a chunk of that percentage coming from Nigeria. A continued relaxation of immigration policy in the UK will most likely lead to human human capital flight in Nigeria, post-Brexit.

In conclusion; in order to mitigate the economic effects of British exit from the European common market on Nigeria, the federal government must show seriousness in its economic diversification plan (if such exists), as a means to boost revenue generation.

The federal government must also create the enabling environment for small and medium scale businesses, as well as local industries to thrive, thereby driving domestic investment and discouraging brain drain.