The story has been told of a beautiful trainee accountant who fell some 60ft to her death while on a romantic hike with her boyfriend. 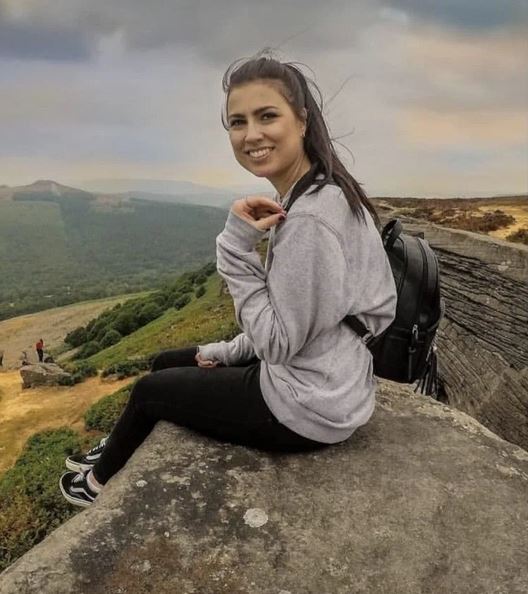 A young hiker plunged 60 feet to her death from the top of a waterfall in front of her boyfriend - who told an inquest he "couldn't grab her in time".

Hannah Lowe, 29, lost her footing at the top of Kinder Scout, a mountain in the Peak District on Easter Monday this year, a coroner heard.

The 29-year-old was an experienced hill walker and climber, having already conquered some of Britain’s biggest mountains.

But on Easter Monday this year Hannah set out with the partner Adam Stanaway on a relaxing walk with her mother and sister.

Leaving the village of Edale, the group reached the top of Kinder Scout in three hours and shared a picnic.

However, the couple wandered off alone to sit at the top of the Kinder Downfall and speak about their future and dreams of building a home together.

In a statement read to Chesterfield Coroner’s Court on Tuesday, Adam said as they got up to leave Hannah slipped and plunged to the foot of the waterfall. 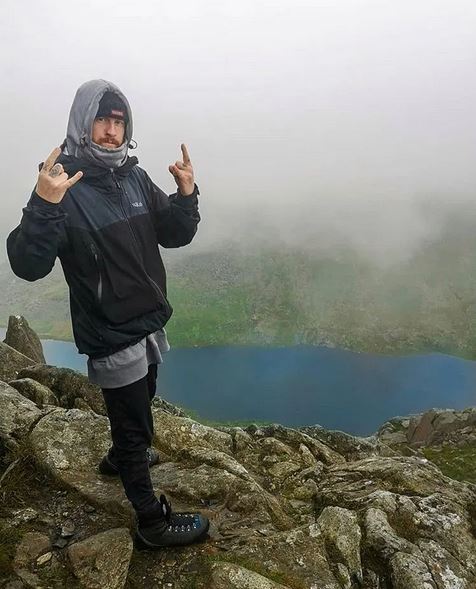 Hannah and her boyfriend Adam Stanaway, pictured, had gone hiking for the Bank Holiday afternoon

He explained: “We went for a little wander and sat on some rocks.

“We were both very happy as we were buying our first house the next day, which was also my 30th birthday.

“We were only there a few minutes, then we got up to go.

“Hannah turned around and lost her footing on the rocks. I reached around to grab her bag but I couldn’t grab it in time and she fell.

“I looked, but I could not see her because my eyes are not that good.”

“I shouted for Hannah’s mother and she came over. We tried to get down but had to go back up.”

The inquest heard two ramblers arrived on the scene as the pair dialled 999.

Despite one of them eventually making it to the foot of the falls, the trainee accountant was dead from catastrophic brain injuries after landing on rocks below.

An investigation found there was no evidence to suggest any suspicious circumstances and Derbyshire Assistant Coroner Emma Serrano concluded an accidental death. 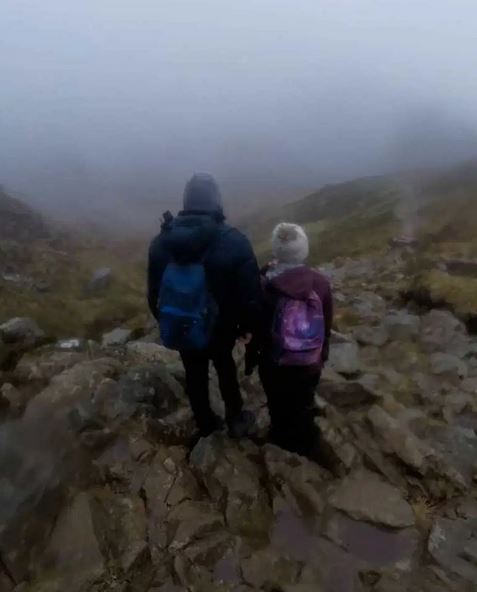 Trainee account Hannah had a close relationship with her parents and sister, climbing together since she was a small child.

At the time of her death Hannah was studying for her exams.

Her partner Adam told officers: “This has been a terrible shock. One minute she was happy and looking forward our new life together, the next she was gone.

“She was a wonderful, beautiful person, who will be sorely missed by all of those lucky to have known her.”

Hannah’s mother told police her eldest daughter’s “natural charm” always shone through and that she had always shown an interest in mountains, climbing and the “great outdoors”.

She said her daughter and partner, who had lived together in a rented house for more than a year, were “very close” and “never had a cross word”.

She said Hannah introduced him to walking and climbing and the pair frequently went indoor climbing together and both became interested in bouldering.

“We will remember Hannah as happy, beautiful, warm and funny,” she added.

The Kinder Downfall is a famous waterfall located on the edge of Kinder Scout in the Peak District.