Arsenal Would Be Selling Their Soul With Mourinho Move


The highly divisive former Chelsea and Manchester United boss has been mentioned as one of the candidates to take over from the beleaguered Unai Emery. 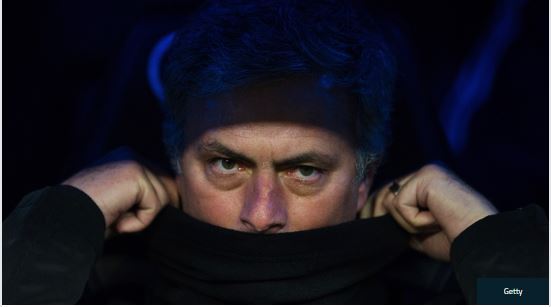 It couldn’t happen, could it?

After all the spats over the years, the not so sly digs and the personal attacks on Arsene Wenger, Jose Mourinho is suddenly being linked with a move to Arsenal.

The self-anointed Special One is said to be interested in taking charge of the Gunners should Unai Emery lose his job and, what is perhaps even more surprising, there appears to be a large number of Arsenal fans who are ready to welcome him with open arms.

The man who once called Wenger a voyeur and a specialist in failure, the man who just two years ago sat in his post-match press conference after Manchester United had lost 2-0 at the Emirates and said this: “The Arsenal fans, they are happy. I’m happy for them. It’s the first time I leave Highbury or the Emirates and they are happy. It’s the first time!

Back then, Mourinho was very much the enemy. Now, some supporters see him as the saviour.

Perhaps it is more a sign of just how disillusioned many are over Emery than anything else, but there is certainly considerable support on social media for the Portuguese coach to step in.

Whether that support would manifest itself to those who actually go to the Emirates each week we will possibly never know, but it is surprising nonetheless.

The fact is Arsenal need a new coach. Emery may well still be in the job, but it is increasingly clear that the Spaniard is not the man to take the club forward and get them back competing among Europe’s elite.

Emery has been in his role for 18 months now and there has been no real improvement. In fact, he has actually made the team worse in certain areas. Results are currently dreadful and the performances are just as bad.

It is time for a change in north London but Mourinho is not the man the club should be looking towards. Sources inside Arsenal suggest that the speculation doing the rounds is emanating from those close to Mourinho, rather than from anyone inside the club.

When Arsene Wenger stood on the Emirates turf after his final game in charge and addressed the Arsenal fanbase, he said: "I am like you, I am an Arsenal fan.

“This is more than just watching football, it's a way of life. It's caring about the beautiful game, about the values we cherish.”

Arsenal are very proud of those values. But by appointing Mourinho they would compromise those values in one fell swoop.

It would be an expensive, short-term appointment and one that would no doubt end in a messy, expensive divorce. Why? Because it always does when Mourinho is involved.

And it’s not like he has a hugely impressive recent track record either or that he would improve the style of football that is currently being served up in north London.

Mourinho was a game changer when he first arrived in England. His arrival came at the perfect time, just as Roman Abramovich’s millions had started to break the status quo that had existed between Arsenal and Manchester United.

Mourinho turned Chelsea into one of the best teams English football had seen. The title-winning side of 2004-05 was magnificent, as was the team that went on to defend their crown in almost as impressive fashion 12 months later.

But those days appear to be long gone. Granted, there was the treble with Inter and a record-breaking title for Real Madrid. And, while he returned to Stamford Bridge in 2013 to deliver the league title one season later, the way things went spectacularly wrong straight after showed the dangers of appointing a man as divisive as Mourinho.

His siege mentality approach just doesn’t work any longer. It didn’t at United and it wouldn’t at Arsenal.

He would no doubt improve things defensively at the Emirates, but that is not a reason for the club to sell their soul in search of success.

There are plenty of coaches out there who could get more out of this current squad. Mourinho is far from the only candidate; there are others like Julian Nagelsmann, Brendan Rodgers and Erik ten Hag - coaches you would trust to nurture and develop the exciting young talent that is progressing through from Arsenal's Hale End academy.

Arsenal have Gabriel Martinelli, Bukayo Saka, Joe Willock, Reiss Nelson and Emile Smith Rowe all in and around the first team, plus another layer of talent below them such at Tyreece John-Jules, Folarin Balogun and Miguel Azeez of which much is expected.

But you can count the number of young players Mourinho has developed on one hand. Having spent so much money developing Hale End, it would be bordering on criminal to now risk it all just as that investment was starting to bear fruit.

Arsenal need a fresh, progressive leader - not the reactive Mourinho we saw fail at Old Trafford despite spending millions during his time in charge.

Trouble follows Mourinho around. Just look at the clearly leaked story that made its way into the press this week, suggesting that he had recently sat down for dinner with Raul Sanllehi, Arsenal’s head of football.

It was a story which infuriated Arsenal, one that sources at the club insist simply was not true, with Sanllehi having not spoken to Mourinho for years.

But it was one that did its job. It raised Mourinho’s profile at a time when the spotlight was on Emery and it led to some fans calling for the club to make a change.

Mourinho is a smart man, someone who can use the media to his own advantage and he has friends in high places. But Arsenal should be above all of that.

Football has changed. One of the big arguments for replacing Wenger, while he was still in charge, was the his best days were gone and that he no longer had the skillset to compete with the new names on the block. The same goes for Mourinho.

He’s had his time and, when Arsenal do finally pull the plug on Emery and start their search for a new man, they will be best served looking in the complete opposite direction to someone who will bring yet more division to an already fractured Emirates.

Written by Charles Watts for Goal.com