According to former Italian footballer, Antonio Cassano, Ronaldo could be facing a two-year ban. 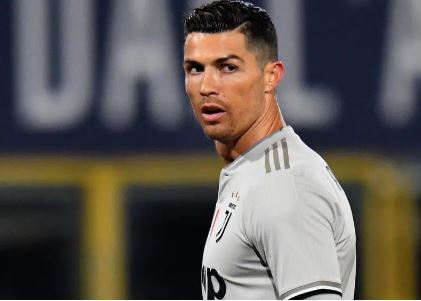 Juventus superstar, Cristiano Ronaldo faces a two-year match ban for leaving the stadium before the end of the match against AC Milan on Sunday.

Juventus defeated AC Milan 1-0 on Sunday night to reclaim the top of the Serie A table from Inter Milan, however, it was not a great evening for their star player, Cristiano Ronaldo.

Juventus boss, Maurizio Sarri replaced Ronaldo with Paulo Dybala in the 55th-minute with the score still 0-0 and the Argentine went on to score the only goal of the game.

The five-time Ballon d’Or winner didn’t look happy as he muttered something under his breath in the direction of the manager and walked straight down the tunnel.

Sky Sport Italia confirmed that Ronaldo had left the Allianz Stadium before the match had even finished – in the 87th-minute to be exact.

According to former Italian footballer, Antonio Cassano, Ronaldo could be facing a two-year ban.

“Did he leave before the end of the game?” Cassano asked on the Italian television show, Tiki-Taka.

“You can’t do that because there is an anti-doping control.

“I had to go back to the stadium urgently to avoid a two-year ban.”