A Nigerian man who was recently called to bar, is currently being celebrated on social media for his determination. 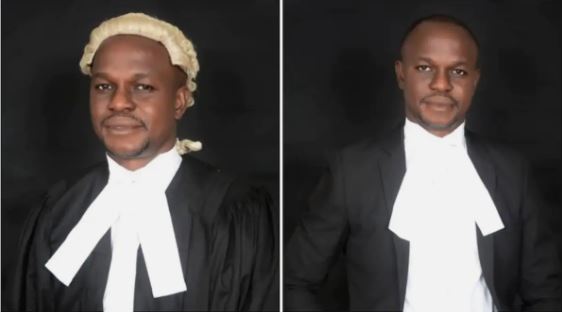 A Nigerian man identified as Akpoghene Edeno has proven to many people that with faith and determination coupled with hard work, nothing is impossible to achieve.

He was recently called to bar but his life story has left many people in awe. According to Facebook user, Charles Mallam-Obi, Edeno was imprisoned for 12 years for a murder he did not commit.

This, however, did not stop him from pursuing his dreams as he not only wrote WAEC in prison, he proceeded to study law after he was released.

The post reads: "Akpoghene Edeno is my childhood friend who spent twelve years in prison for a murder he didn't commit. He wrote WAEC while still in prison. He came out in 2012 and immediately proceeded to the University of Benin to study Law. Today, he has been called to the Nigeria bar."

Man Set To Wed His Girlfriend Of 13 Years (Photos)

They Killed Women, Elderly People Who Could Not Run - Survivors Of Southern Kaduna Killings Recount Attacks