How Security Agencies Allegedly Enrich Themselves At Nigerian Borders


Since the directive, those living in border communities have been lamenting the untoward hardship facing them daily as they travel far distances to get fuel for commercial use. 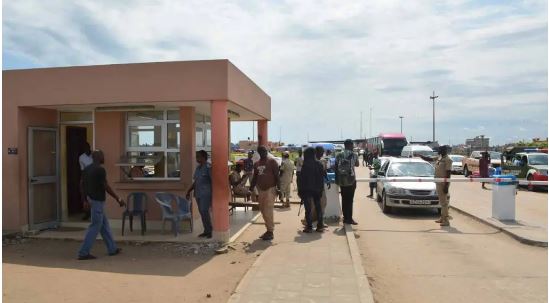 Security agents involved in the Exercise Swift Response along Nigerian borders with Benin Republic were said to be making enough money by the day as the suspension of supply of petroleum products to Nigerians living in border communities takes its toll on residents of the area.

But authorities said no amount of allegations would stop them from doing their job.

It would be recalled that the Exercise Swift Response, being coordinated by the Office of the National Security Adviser, was launched in August when Nigerian borders were closed, reportedly, against smuggling and for national security.

DAILY POST reported on November 6, that the Nigeria Customs Service (NCS) directed the immediate stoppage of supply of petroleum products within 20 kilometres to the nation’s international borders.

Since the directive, those living in border communities have been lamenting the untoward hardship facing them daily as they travel far distances to get fuel for commercial use.

Aside from travelling distances to access fuel, the people also decried being harassed by security agents, who they accused of collecting bribes from them for carrying few litres of petroleum products.

At Idiroko border axis in Ipokia Local Government area of Ogun State, over 200 filling stations were said to have been locked up, with thousands of employees now roaming the street.

But security agents deployed to the area were alleged to have seized the opportunity provided by the suspension of petroleum products supply to border areas to enrich themselves.

“As we suffer to get fuel, they make more money. Many of them have turned millionaires in the few days that government banned the supply of petrol to border communities,” a resident confided in a reporter anonymously.

A correspondent, who visited Ajilete customs checkpoint down to Idiroko, observed that the area is now a beehive of activities.

Commuters spend almost an hour on queue as a result of gridlock caused by security agents trying to ‘make transactions’ with fuel buyers and drivers coming from Sango or Owode.

Jerry cans of different sizes, ranging between two litres and 20 litres were piling up by the roadside after being seized from residents of border communities, who our correspondent gathered, travelled over 40km to get fuel.

From enquiries, it was gathered that the seized jerry cans of fuel belonged to people who refused to ‘rub palms’ with the security agents.

Our correspondent observed that drivers and Okada riders were giving between N100 and N500 to ‘officers’ so as to prevent being disturbed.

It was also observed that some drivers were given ‘daily identification numbers’ by the security agents immediately they collect money from them. This, the drivers said was to prevent paying ‘double’ as they would need to tell security agents the number attached to them on their next trip of the day.

“If you don’t have a number, they know you have not paid for that day,” a commercial driver informed.

Speaking with DAILY POST, Mr James Adebola, who is a commercial driver in the area said security agents were the ones reaping the gains of their labour as drivers.

Adegbola informed that, “there are more than 50 checkpoints from Idiroko to Sango, manned by customs, police, army, immigration, and even road safety;” adding that “all of them collect at least, N100 from commercial drivers.”

Also, Rasaq Oriyomi, a resident of Ajegunle, recounted how he was stopped and delayed for hours by security agents for having his car tank filled up with fuel.

“I was coming from Abeokuta, so I stopped at Owode to fill my tank. But when I got to Ajilete, one soldier told me to stop. He checked my car trunk and other places but there was nothing there. He came to the driver side to see my car fuel gauge. Immediately he saw it read full, he told me to park.

“He asked why did I have a full tank and I asked if it was a crime to do that. He said I was transporting the fuel to Benin Republic. I didn’t know what to tell him. There, I saw how they were harassing commoners who travelled more than 30km to get fuel to power their generator sets. We don’t have electricity or any basic amenities, yet government is denying us access to fuel. Are we no more Nigerians?”

Likewise, a female government teacher in the area, who does not want his name in print, expressed displeasure that security agents in the area allegedly demand bribes from petty traders and artisans who she said could not survive without fuel.

“It is an aberration that security agents demand bribes from poor people struggling to eke out a living. These people need fuel for their businesses. Pepper grinders, barbers, welders, tailors and others now spend money to get to Owode for fuel. Annoyingly, these security agents will now demand money from a woman carrying 5 litres of fuel. This is unfair,

“We know their ogas in Abuja will not believe us, but we want them to come down here or send a underground task force to border areas to confirm what we are going through,” she said.

Residents of the area said fuel now sells between N300 and N500 per litre; bringing about the unbearable hike in the cost of transportation and other items.

The situation, it was gathered, has brought about artisans closing down their shops, while mechanised farmers count their losses.

“Even if you won’t allow fuel to get to our communities, allow us to go and the fuel at Owode in peace without any form of harassment.” A youth leader, Abraham Adegoke said.

It could not be ascertained whether security agents were asked to arrest people going out to buy fuel in jerry cans as it was not contained in the NCS circular that ordered the suspension of petroleum products to border communities.

Contacted, the Ogun 1 Command NCS Spokesman, Abdullahi Maiwada, said he was not in a position to talk for security agents involved in the operation Swift Response.

When our correspondent contacted the Spokesperson for the exercise, Joseph Attah, he said he was aware that the suspension of petroleum products to border communities came with pains on people of the affected areas.

Attah, however, said security agents have been doing what they were asked to do, adding that no amount of allegations would stop them from doing their job.

“I can just tell you a lot of complaints will come here and there because the restriction on petroleum discharge has come with some pains to some people. So there have been a whole lot of issues around that.

“They (security agents) will continue to do what they have been instructed to do and going forward, management will look at it,” Attah stated.