Gospel singer, Ohemaa Jacky has gone viral after her best friend shared a video online allegedly showing her undergoing rituals in order to be famous. 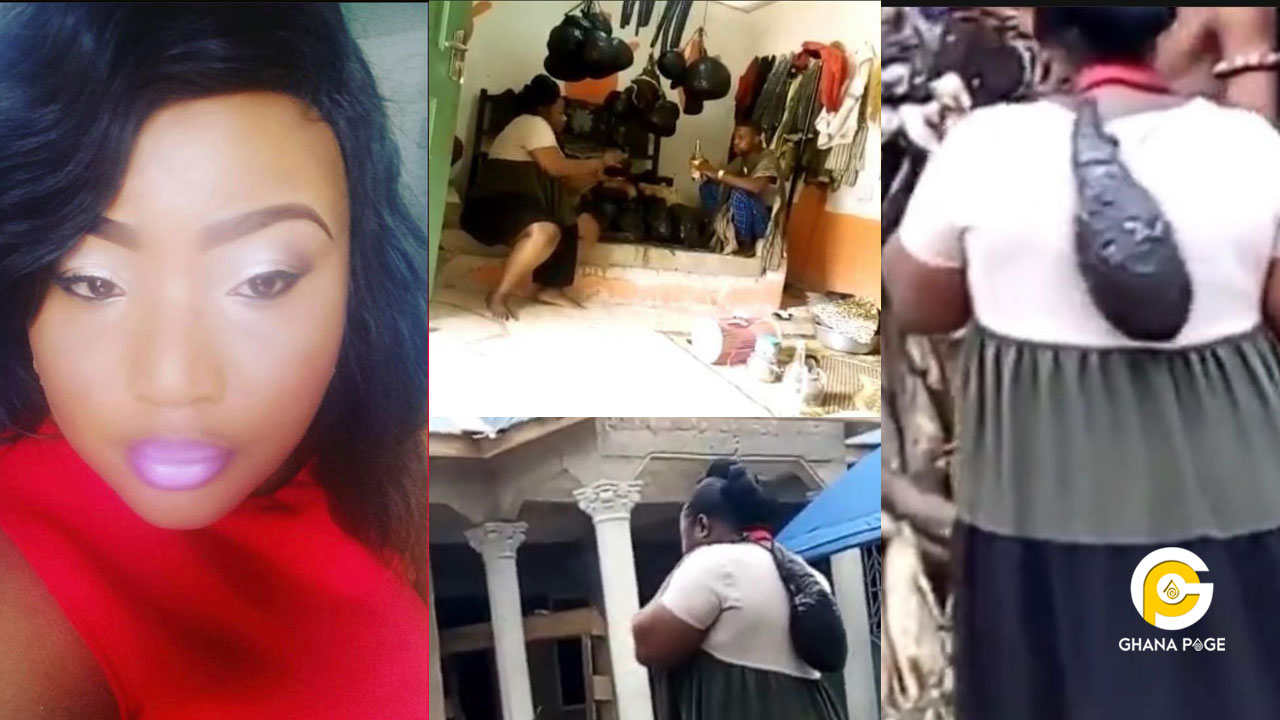 Ghanaian gospel singer, Ohemaa Jacky is being shamed by web users after her former bestfriend and actress, Tracey Boakye shared a video which she claimed showed Jacky undergoing rituals for fame.

Tracey shared the video on Instagram asking God to forgive Jacky after the gospel singer took her to the cleaners for exposing her boobs at a gospel singer, Brother Sammy’s album launch. Tracey also alleged that Ohemaas genitals was touched by the fetish priest, Nana Show Boy right in front of her and other friends at the hotel they lodged in.

The actress who claimed that Ohemaa Jacky met Nana Showboy at the hotel after she contacted him for help to become a big star in Ghana as a gospel musician, also claimed that they had rounds of s*x before she got stroked.

The viral videos has been trailed with mixed reactions on Ghanaian social media space.

Ghanaian gospel singer, #OhemaaJacky accused by her ex-best friend and actress #TraceyBoakye of undergoing rituals with a native doctor to become a big star in #Ghana. Tracey shared the video of the alleged ritual ceremony in order to shame Ohemaa.