Buhari, Osinbajo To Spend N9.06bn On Food, Travel, Cars, Others


A breakdown showed that President Buhari would spend N1.751 billion travelling across the globe, while N775.602 million had been earmarked for his local travel. 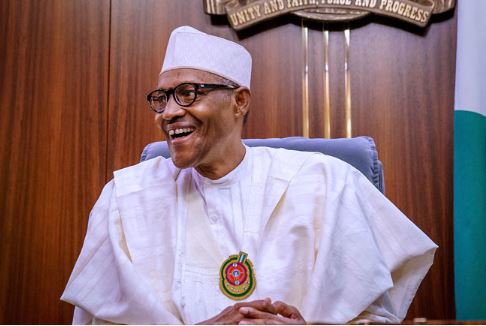 The National Assembly has retained the N3. 327 billion which the executive proposed as travel expenses for President Muhammadu Buhari and Vice President Yemi Osinbajo in the federal government’s 2020 budget.

The budget as passed by the legislators and signed into law by President Buhari, yesterday, indicated that the President would spend a total of N2. 526 billion on local and international travels, while Vice President Osinbajo was allocated N801 .035 million.

A breakdown showed that President Buhari would spend N1.751 billion travelling across the globe, while N775.602 million had been earmarked for his local travel.

The Vice President was allocated N517.060 million for international travel; while he would be expected to spend N 283. 974 million travelling within the country.

President Buhari would spend about N98. 306 million on food stuff and catering materials; while the VP was allocated N50. 888 million for the same purpose.

The State House was earmarked a total capital expenditure of N4.806 billion, of which about N474 million would be spent on the purchase of motor vehicles.

General maintenance services were allocated about NN416 million and another N380.534 million for materials and supplies; while N476 . 869 million would be spent on utilities, such as electricity, water, internet and sewage.

Conservation upgrade of the Villa ranch and construction of wildlife conservation capture was allocated N12.945 million.

The federal government budget is replete with items which monitoring would literally be impossible, an indication that a lot of items would be impossible to track, especially by the media, Civil Society Organisations and, indeed, the public.

For instance, under the Ministry of Works and Housing, budget item with code ERGP 12142038, entitled “Payment for other on-going projects and retention,” was allocated N571. 6 million. The affected projects and their locations were not mentioned.

Construction of drainages across

Malumfashi/Kafur Federal Constituency, Kastina, which was allocated the sum of N100 million, had no specific site addresses.

Similarly, construction of culverts across Yobe North senatorial district which was allocated N300 million, had no accompanying addresses.

Other strange line items in the Ministry of Works and Housing budget included construction of Community Centres in 6 LGAS of Yobe North, allocated N420 million; provision of starter packs economic empowerment materials across the federation, with emphasis on hunger and learning, allocated N1 billion; while provision and installation of sign and signages across 6 geopolitical zones was allocated N500 million.

The signing ceremony witnessed by Vice President Yemi Osinbajo, President of the Senate, Dr.Ahmad Lawan, Speaker of the House of Representatives, Femi Gbajabiamila, Minister of Finance, Budget and National Planning, Mrs. Zainab Ahmed, the Minister of State, Budget and others, took place at the President’s office, Presidential Villa, Abuja.

This is even as the Senate president, Ahmad Lawan, said the federal government would depend on borrowing and Production Sharing Contract, PSC, to finance the 2020 budget.

In his speech at the ceremony, President Buhari commended the leadership of the National Assembly for passing the budget before year end, saying that he planned to send a borrowing plan bill for passage by the parliament.

The 2020 Budget passed by the National Assembly provides for aggregate expenditures of N10.594 trillion, an increase of N263.95 billion over what the executive proposed when it was submitted in October 2019.

President Buhari said he has examined the adjustments and might revert to the National Assembly with a request for virement or other relevant amendments.

The President said: “I am very pleased that the National Assembly worked uncommonly long hours in the interest of our people and the national economy to ensure detailed legislative review and passage of the budget within two months.

“This patriotic zeal adopted by the Ninth National Assembly has restored our budget cycle to a predictable January to December fiscal year. Furthermore, in the twenty years since the return to civilian democracy, this will be just the fourth time that the federal budget was passed before the end of the previous year, and this is the earliest.

“The passage of the Finance Bill, which I am told will be done in the coming days, will also be a landmark achievement worthy of recognition, being the first time this has been done in the last twenty years.

“We look forward to receiving this bill shortly for Presidential assent. Once passed into law, the Finance Bill will support funding and implementation of the 2020 Budget. We shall sustain this tradition by ensuring that subsequent budgets are also accompanied by a Finance Bill.”

He thanked the Ninth National Assembly for supporting important legislation, such as the Deep Offshore and Inland Basin Production Sharing Contract Amendment Act and the 2019 Finance Bill. According to him, these laws are vital to the successful implementation of the 2020 Budget.

“I am aware of the regular high-level discussions that took place, between senior officials of the Executive and the Legislature during this period. I commend this renewed partnership, the mutual understanding as well as collaboration between these two arms of government.

“Now, we are well positioned to effectively implement the budget and deliver our promises to Nigerians. Businesses will also benefit as they are now in a position to plan more effectively. We have to sustain this harmonious working relationship. I expect that, going forward, this will be the norm.

“I have directed that efforts be made to ensure the presentation of the 2021 Appropriation Bill to the National Assembly in September 2020. I am confident that all Federal Ministries, Departments and Agencies will cooperate with the Ministry of Finance, Budget and National Planning to keep to this timeline.

“I will work with the Ninth National Assembly to give effect to the constitutional, legislative and other actions that may be necessary to address the various challenges currently associated with our federal budgeting process, including the enactment of an Organic Budget Bill.”