He reminded the MFM GO that his Church has a football club it manages, but nowhere in the bible was football mentioned. 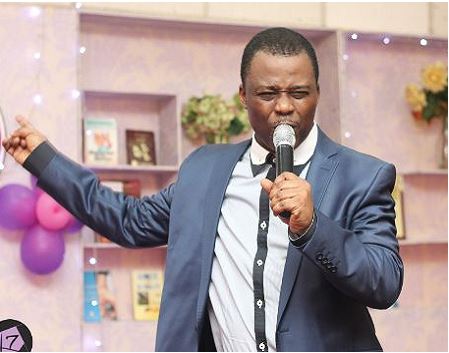 A popular Catholic Priest, Reverend Father Chinenye Oluoma has said that Christmas is celebrated by Christians as a mystery of the birth of Jesus Christ.

Father Oluoma while replying the General Overseer of the Mountain of Fire Ministry (MFM), Dr Daniel Olukoya, noted that there were many practices in Christianity which were not recorded in the Bible.

Recall that Dr Olukoya had said the reason his Ministry does not celebrate Christmas was because it was not recorded in the Bible, and Christ did not command his disciples to celebrate it.

In a Facebook post titled ‘Where is it in the Bible’, Father Oluoma argued that Christian’s celebrate Children’s Day, birthdays, mother’s day and attendance vigils, which were not recorded in the bible.

He reminded the MFM GO that his Church has a football club it manages, but nowhere in the bible was football mentioned.

The statement reads thus: Where Is It In The Bible?

"I wanted to pretend I didn’t read about the G. O who said ‘Christmas’ is not in the Bible and so shouldn’t be celebrated. It’s the same funny mentality of those who confuse terminology with theology.

Easter as a term is not in the Bible but we celebrate easter because it’s an event and a mystery recorded in scripture. Same with Christmas, it’s not the term or calendar date we celebrate but the event and mystery. One day now someone will wake up tipsy on ‘anointing’ and tell me to tell him why I call myself a Catholic since that term doesn’t exist in the Bible.

Whoever adjectivised sense with common hasn’t experienced this generation of Where Is It In The Bible intoxicated Christians, common sense is very rare. The Bible is not a dictionary or history book, it’s more of theology than terminology. When you want to use the Bible to validate or invalidate any religious practice, you look for the biblical theology about it, not the terminology.

Finally, someone needs to tell Dr Olukoya that MFM has a football club, I’ve been searching for it in the Bible and couldn’t find, abi no be MFM get that football club? Some nonsense must stop this 2019 o, let me come and be going."