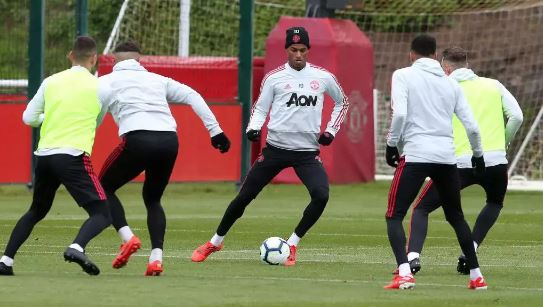 Paul Pogba missed Manchester United’s training session on Monday morning, ahead of their game on New Year’s Day against Arsenal.

Pogba appeared as a substitute in recent matches against Watford and Newcastle, but was left out of their 2-0 victory over Burnley on Saturday.

The France midfielder attended a charity match in France on Sunday, but returned in time to report to the Carrington HQ on Monday morning.

United however stated on their website that: “Their absences from training on Monday morning does not necessarily mean they are unavailable for action.”