The club said that Abia who is the highest scorer for the club in the ongoing NPFL 2019/2020 season with seven goals left the club without official approval. 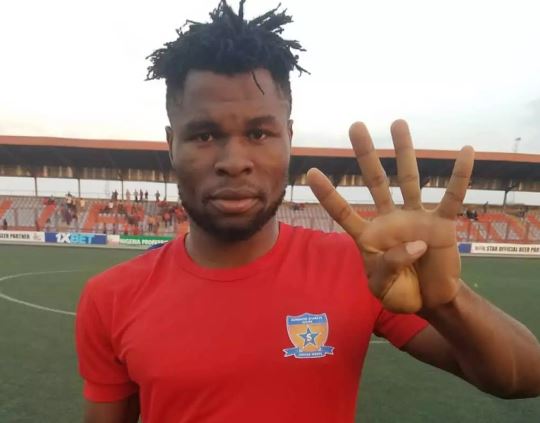 One of the Nigerian clubs playing in the top elite league known as the Nigerian Professional Football League, NPFL, has declared one of its players missing.

Sunshine Stars Football Club which is based in Akure, Ondo State on Tuesday stated that the player, Israel Abia has been absent from the club for the past two days.

According to the club’s Head of Media and Communication, Chris Okunnuwa in a statement issued on Tuesday said that Abia who is the highest scorer for the club in the ongoing NPFL 2019/2020 season with seven goals left the club without official approval.

Meanwhile, the club’s management has issued strong warning to agents and clubs seeking the services of Abia as it stressed that the player’s contractual agreement with the club is yet to lapsed.

The statement read, “Sunshine Stars FC (SSFC) wishes to inform the general public particularly the Clubs in the NPFL about its player, Israel Abia who is presently AWOL.

“Abia has been away from the Club since Sunday without an official leave, while the rest of the group remained in Akure to continue preparations for the upcoming NPFL matches at the turn of the New Year.

“Consequently, Sunshine Stars warn that any Club or agent approaching Abia for the purpose of transfer without the Club’s approval faces the risk of a lawsuit, as the Player is contracted to Sunshine Stars FC.”