A beautiful Nigerian/American model has told of how she was disowned by her parents because of modeling. 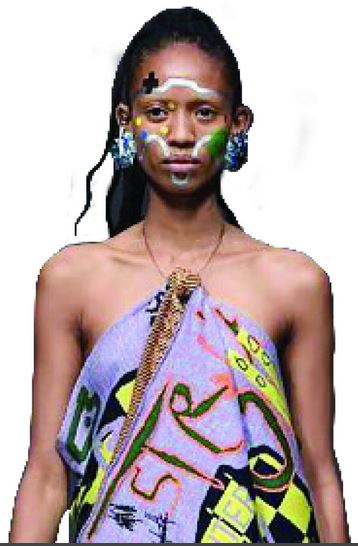 Adesuwa Thongpond Pariyasapat Aighewi is a Nigerian/ American fashion model and filmmaker. She was the cynosure of attention at the 2019 edition of GTBank Fashion Weekend. Born in Minneapolis, Minnesota, USA, her father is Nigerian while her mother is a Thai-born Chinese. In this interview, Aighewi opens up on her career among other interesting issues and how her parents disowned her because of modelling.

She recalled: “Being a model was not something I ever wanted to do but the scouts who contacted me both online and in person at Prince George’s County, Maryland, were persistent.  Finally, I agreed to a test shoot in 2010 and slowly began to realise I enjoyed posing for the camera.

“On my first job they paid me the same amount of money that I was making all summer doing research on HIV/AIDS and global warming all in just one day. So, I thought I should try it out. My parents disowned me several times and still don’t understand modeling. They were like, ‘Okay, you want to be stubborn? Go ahead. But when you become poor, don’t come back home.’ When I was 13, my older brother died and my family moved back to America for good.”

“This incident changed the course of my life forever.  As a child, I wanted to be a doctor but when my brother died in Nigeria due to medical malpractices, I became devastated! I lost interest in medicine and opted to be a model though I never dreamt of becoming one because of the way models are viewed which is beautiful but dumb.”

Decrying the mentality of parents towards modelling she continued: “It is a very difficult thing to take up modelling as a profession in Nigeria because of the influence of our parents. You won’t get your parents support especially when they want you to be something else like being a lawyer or doctor.”

She says that after skipping a few grades, she enrolled at the University of Maryland to study medicine when she was 16 just to make sure that her parents didn’t feel so sad because her brother who died when she was 13 dreamed of being a doctor.

“I spent years trying to be like him,” she recalled. “My brother had hopes to become a doctor; I stifled my desire to study art but could not cope so I quit. For my parents, modeling was a joke but for me, modeling was a chance to say goodbye to my late brother and hello to myself.”

For her, modelling should be viewed as a profession just like any other job. She explains why “A lot of energy is required to be a model. As a model, you must be creative and put a lot into developing your skills and maintaining your shape. If you want to be a model you must start early. You must know how to cat walk because it is what makes you attractive as a model. Time and energy is required just like any other job.” 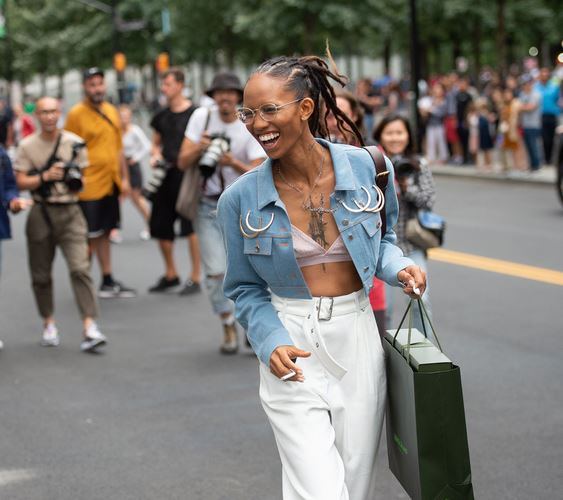 “It is a really bizarre world. I reached my own breaking point at a fashion show in Milan where my pair of raw leather shoes peeled the skin off the back of my foot. As I lined up to walk again for the finale, the shoe was overflowing with blood because I was bleeding but I had to walk with the same amount of aggression with the shoe still digging into my skin. As soon as we got off the runway, I ripped the shoes off and ran outside to find my driver with a hoodie over my face because I was crying and didn’t want anyone to see.

“Meanwhile, street photographers were chasing me. I knew some of them personally so I politely asked them not to take my pictures. But most of them don’t care. One woman continued to follow me to my car, trying to get the shot she needed. She actually did and published it. That was an unfortunate incident I did not allow to pressure me out of the industry.”

Aside modelling, she is also into film making. Speaking she continues: “I am on a mission to destigmatize America’s interpretation and views toward Islam. For the record, I am a Buddhist. The objective is to promote unity. I am working on a children’s book about a young Nigerian boy who sets out on a year-long journey through the desert, rivers and the bustling city of Lagos in search of his family.  My directorial debut film, Spring in Harlem, focuses on the beauty of Moslem women. I shot my friends in traditional Islamic garb, including hijabs, walking through the streets of Harlem.”

What is her advice for start-up model who want to be successful supermodels? “I think they should start early but some girls take off quickly but don’t last. Fashion is insane! Nobody outside can understand it until they get in. You always have to be on-point. I experienced more than one mental breakdown on the job. Some of these girls are as young as 16 and as a kid, you are treated as an adult and they hold you to the same standards like an adult.”

“My ultimate end game and destination is far from the runways of New York. I want to continue my work in cinema and the arts. Nigeria is so nostalgic for me because it is the only place I have ever felt at home. When I get back to Nigeria to see dilapidated building, poor infrastructures and bad road network I begin to think that we need to do more to fix things beyond waiting for government. It is time to make things work for our race and country. Nobody will do this for the black race.”