Quique Setien's contract with Barcelona will keep him at Camp Nou until June 30, 2022. 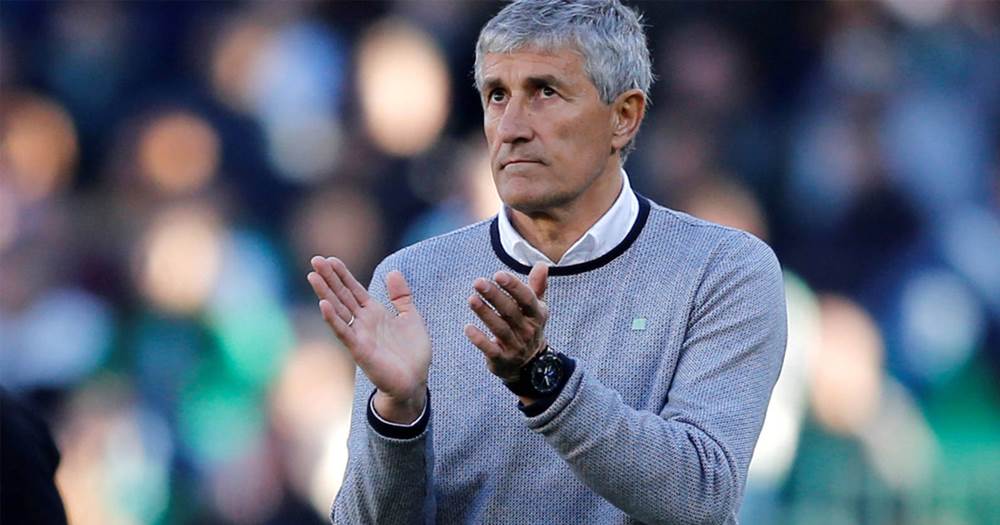 Barcelona have released ten facts about their new manager, Quique Setién in a post on their official website after sacking Ernesto Valverde.

The Blaugrana sacked Valverde on Monday night following their 3-2 defeat to Atletico Madrid in the Spanish Super Cup last Thursday and appointed Setién as their new head coach.

Setién’s contract with Barcelona will keep him at Camp Nou until June 30, 2022.

Below are the ten things you need to know about Setién:

1. Quique Setién’s football beginnings were in beach football, a sport in which he got to play with the national team.

2. At Racing Santander, he’s known as “El Maestro,” and is one of the idols of the club because of his time there as a player. He played for 12 seasons there in two stages, and also coached the Cantabrian side in the 2001/02 season, achieving promotion to LaLiga.

3. Setién is the third Cantabrian coach in Barça’s history, after Enrique Orizaola (1961) and Laureano Ruiz (1976).

5. As coach, Setién has played against Barça seven times, with a record of six defeats and one win. This victory was at the Camp Nou, in the league during the 2018/19 season.

6. As a coach, he has managed Racing Santander, Poli Ejido, Logroñés, Lugo, Las Palmas and Betis. In addition, he served as coach of Equatorial Guinea during a game.

7. In one of his visits to Camp Nou, Sergio Busquets gave him a shirt on which he had written: “For Quique with love and admiration for your way of looking at football. All the best.”

9. The new Barça coach has always praised Barça and Leo Messi, who he considers “a luxury and the best player in history.” The last time Setién did so was after a Messi display at Benito Villamarín.

10. One of Quique Setién’s passions is chess and he has played against former World Champions Anatoli Karpov and Gary Kasparov.