Sadio Mane Copies Everything I Do - Firmino


Firmino has always celebrated his goals different ways and Mane is regularly one of the first to congratulate him. 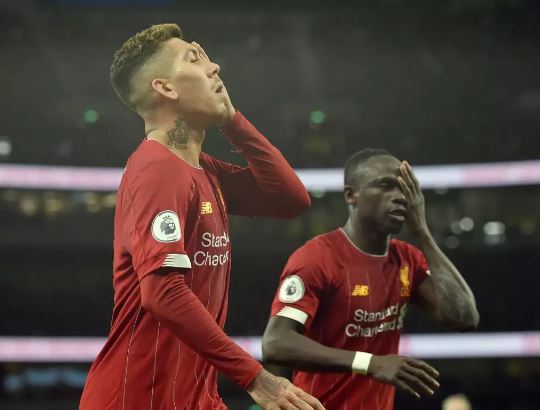 Liverpool forward, Roberto Firmino has said that his Senegalese teammate, Sadio Mane, copies everything he (Firmino) does.

Mane, copying the goal celebrations of Firmino, has become essential viewing for the Reds fans.

The Brazil international has revealed that Mane had jokingly claimed to actually invented the goal celebrations.

Firmino has always celebrated his goals different ways and Mane is regularly one of the first to congratulate him.

“I always say to (Sadio) that he copies my celebrations, he copies everything that I do!” Fiirmino was quoted by the Independent, UK.

“It’s really funny, we talk about it a lot after games.

“He says he doesn’t copy me that he creates them. It’s cool and funny. He said he invented that celebration (the way down to one side) as I do it with one hand and he does it with two!

“He has grown in confidence on the pitch and I think it’s to do with adapting. We’ve been playing together here for almost four years now.”

Firmino, speaking to the LFC official matchday programme, added, “It’s about training, getting better every day and doing well in games.

“I’m really happy for him with his African Player of the Year award and I’d like to congratulate him on it as well.”