Damilola Adegbite who is an actress, model and television personality has shown her fine body structure. 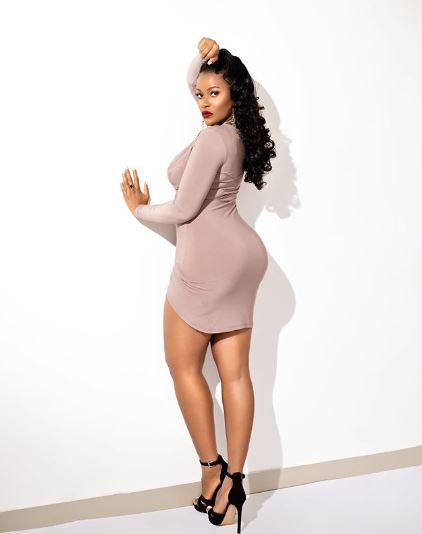 Nollywood actress, Damilola Adegbite has a shared beautiful new photo of herself on Instagram.

The mum of one, who was formerly married to actor Chris Attoh, showed off her killer curves in the photo which has left men drooling. She has been single for a while and many suspect she might be secretly seeing another man.

Recall earlier that the actress advised her fans to place their trust in God in whatever they do.