A serving member of the NYSC has been exposed after he pretended to be a judge to influence posting of corps members. 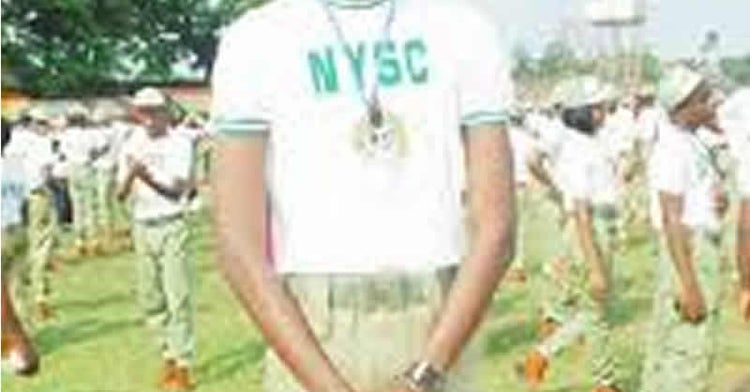 Punch Metro reports that a corp member, Oluwatosin Medaiyese, was on Wednesday arraigned before a Magistrates’ Court, in Osogbo, Osun State, for allegedly impersonating a judge to get favour from an official of the National Youth Service Corps.

Medaiyese was said to have claimed to be one Justice Aliyu Jimoh to NYSC South-West Zonal Coordinator, Emmanuel Attah.

The 26-year-old, who appeared before Magistrate Adebola Ajanaku, on a count of impersonation, was said to have presented himself as a judge to Attah, in an attempt to influence posting of some corp members to desired Places of Primary Assignment.

The defendant, is said to be observing his one-year mandatory service in Kwara State.

Details of the charge pressed against the defendant read, “That you Oluwatosin Medaiyese “M” on or before 30th January 2020 at Osogbo did falsely represent yourself as Hon. Justice Aliyu Jimoh to Emmanuel Attah, Southwest Zonal Coordinator of the National Youth Service Corps, with the intent of fraudulently securing the posting of corp members to their desired Places of Primary Assignment and thereby committed an offence contrary to Section 108 of the Criminal Code Cap 34 Volume II Laws of Osun State 2002.”

After listening to the charge against him, Medaiyese pleaded not guilty and his counsel, Omaniyi Abifarin, applied for his bail.

According to Abifarin, the offence committed by the defendant was bailable and assured that his client would provide reliable surety.

Magistrate Ajanaku granted the bail application in the sum of N100,000 with one surety.

She subsequently adjourned the matter to Wednesday, March 25, 2020, for hearing.