The Nigeria Customs Service has seized over a hundred bags of foreign rice found in a residential building in Adamawa State. 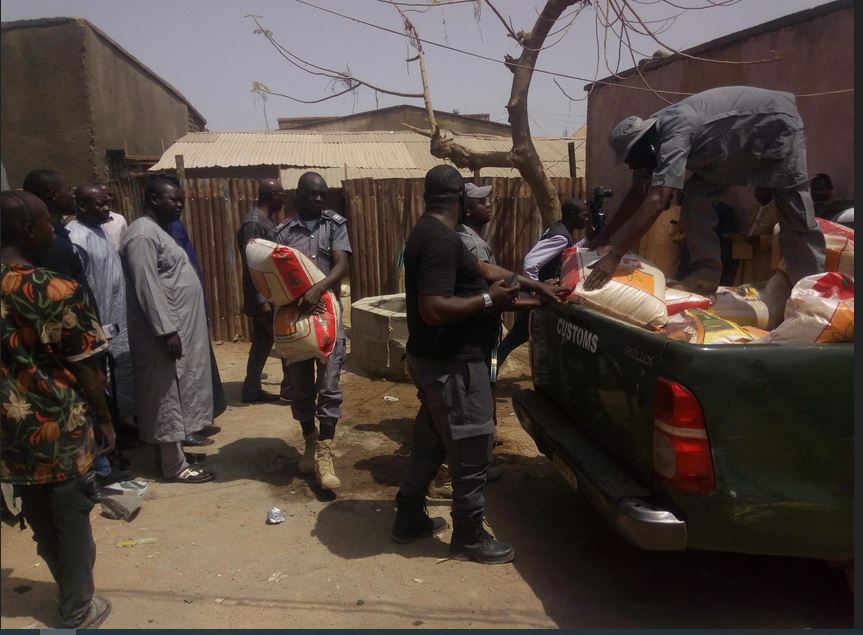 The Nigeria Customs Service (NCS) has seized over a hundred 50kg bags of foreign rice traced to a residential building in a remote community in the Adamawa State capital, Yola.

Operatives of the Adamawa/Taraba Command of the NCS on Monday drove in eight pickup vans from the command headquarters in Kofare, Jimeta, to the house in which the bags of rice were kept several kilometres away in the Doubeli area of Jimeta, and loaded the rice which they took back to their headquarters.

The seizure from the private home came as a departure from the past when the NCS routinely entered market places in their undertaking of ensuring that foreign rice do not get sold to consumers in line with federal government’s ban on it.

Spokesman of the Adamawa/Taraba Command of the NCS, Mu’awuya Abubakar, who addressed newsmen in Doubeli as the rice was being moved into NCS vans, said his men and officers were alerted of the contraband rice by an informant.

“We got to know about this place from information that some individuals now at large were smuggling foreign rice and hiding it in this private residential building.

“As you can see, we’ve been removing the bags of rice into our vehicles and we are taking them to our warehouse. We’ll keep striving to see that smuggled rice that get past the borders don’t get to the market.”

He warned landlords to always check that people do not use their properties for illicit activities such as storing contraband goods in them, as they would always be liable in such offences.

He said the house from which the bags of rice were taken would be locked up while the NCS continued with its investigations.

He added that the NCS was yet to determine the exact quantity of rice found in the private building as counting was yet to be done, but that they would be in hundreds of bags.

He also said no arrest had been made yet as the owner of the rice was understood to be on the run. 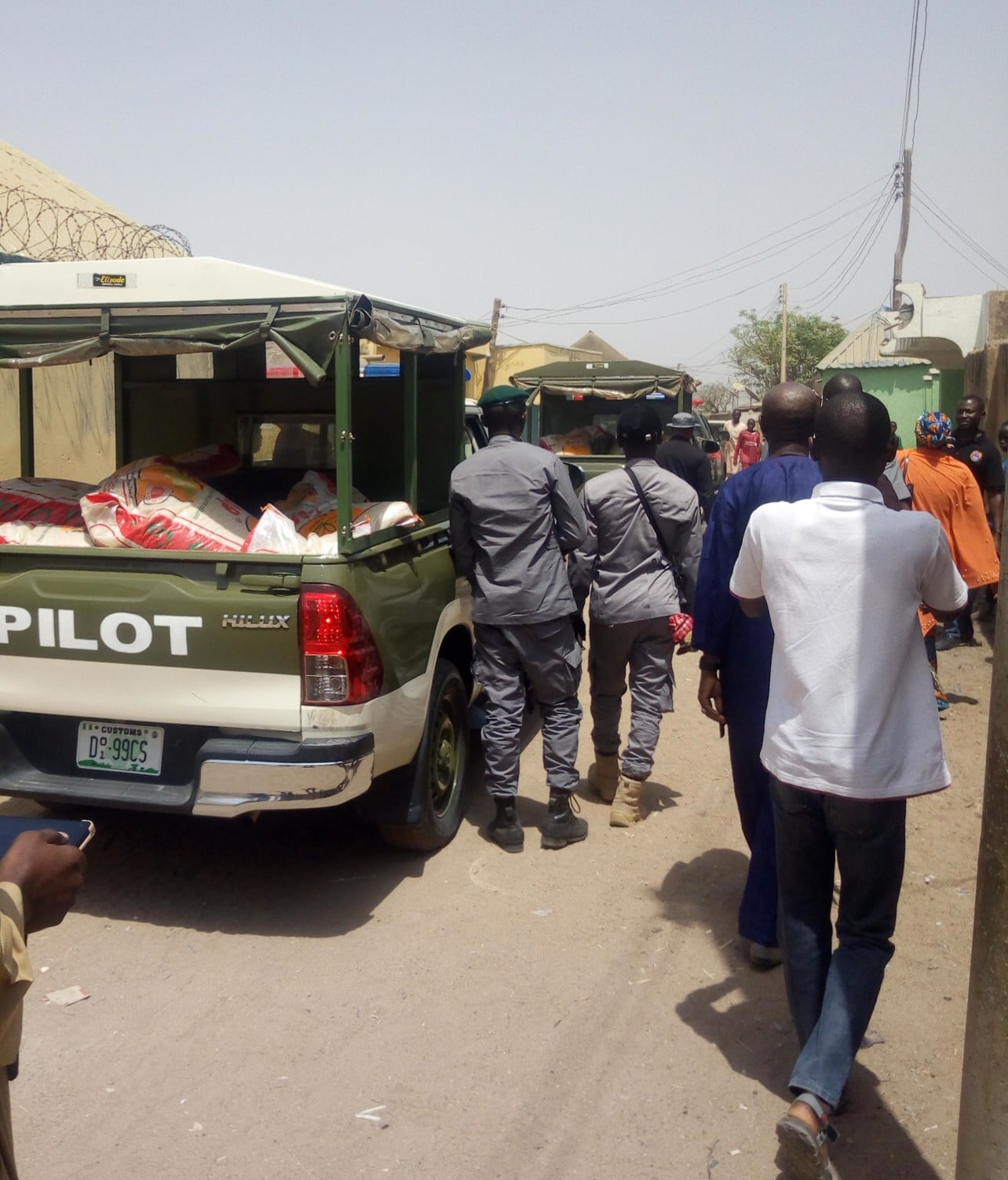