The doctor who resides in Oworonsoki, left home around 5pm that day for her family house but never made it and never returned. 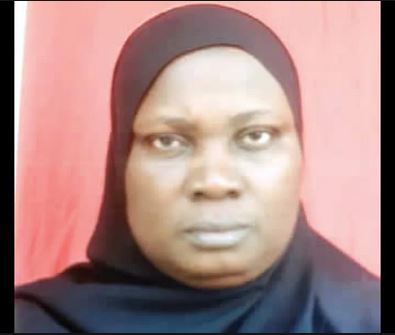 Sunday PUNCH reports that the family members of a medical doctor with the Lagos State Government, Medinat Somuyiwa, are in distress after she went missing on Thursday.

It was gathered that the doctor who resides in Oworonsoki, left home around 5pm that day for her family house to visit her elder sister at New Garage – a neighbouring community.

It was learnt that she neither reached her destination nor returned home.

Her husband, Dr Nurudeen Osagie, told PUNCH on Saturday, that the family also searched for her at her workplace at Gbaja Randle Hospital, Surulere, without success.

Osagie added that apart from someone who called in and offered to prepare charms that would make her return home, no one had contacted the family to demand a ransom.

He said, “She said she was going to her family house at New Garage around 5pm to visit her elder sister. Since then, we have not seen her. It was discovered that she didn’t get to her sister’s place. She didn’t go with her phones. We reported at the Oworoshoki Police Station and they radioed the Lagos Police Command to escalate it.”

The Police Public Relations Officer in the state, DSP Bala Elkana, promised to get back to our correspondent on the incident. He had yet to do so as of 9pm on Saturday.