Nigerian musician, Naira Marley and two others have been ordered to self-isolate for the next 14 days. 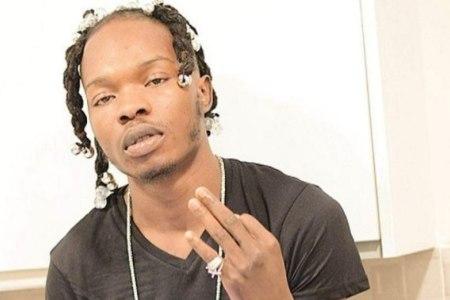 Naira Marley
The trio of Babatunde Gbadamosi, his wife, Folasade, and a musician, Azeez Fashola, popularly known as Naira Marley, have apologised to the Lagos State Government for violating its social distancing directive to check the spread of coronavirus, Daily Sun has reported.
Naira Marley and the couple respectively wrote a formal apology to the government to show remorse for violating the government’s order.
The defendants were charged to court on four-count charges bordering on attending a crowded birthday party last weekend, hosted by Nollywood actress, Funke Akindele Bello and her husband.
However, on their schedule arraignment before the State Magistrates’ Court, Ogba on Wednesday, the state government made a U-turn and offered to withdraw the charges against the trio if they could meet following conditions:
“To write a formal apology to the Government of Lagos State which will solidify the remorsefulness shown by them.
“To give an undertaking in writing that they will continue to comply with the directives of Mr President and Mr Governor which is the subject matter of the case before the court.
“In view of the danger which the state believes they’ve put themselves by attending a gathering exceeding 20 persons, they must agree to go on 14 days isolation to protect other members of the public from any likely danger.”
Following the proposal by the state government to the defendants, the trial magistrate, Chief Magistrate Aje-Afunwa told the parties to follow the court’s rules in the withdrawal of charges.
The court, therefore, adjourned to April 9, (yesterday) for withdrawal or for taking of plea if conditions failed to be complied with.
At Thursday’s proceedings, Yakub Oshoala represented the state Director of Public Prosecution (DPP), Olawale Akoni (SAN) represented the second defendant, Mr Babatunde Gbadamosi, Ebun-Olu Adegboruwa, (SAN) represented the third defendant, Mrs Folasade Gbadamosi while Naira Marley was represented by Damilola Ayinde-Marshal.
DPP informed the court that the defendants had complied with the conditions stipulated for the withdraw of the charge and termination of the criminal case. “They have all written individual letters of apology and undertaking to support the government in all areas to curtail the COVID-19 pandemic and to go into self isolation for 14 days,” the court was told.
All the defendants’ counsel confirmed DPP’s submissions.
DPP, therefore, prayed the court to strike out the charges against the defendants noting that the trio had undertaken to work with the government to tackle the COVID-19 pandemic
After listening to the parties’ submissions, the trial magistrate, Chief Magistrate Aje-Afunwa struck out the charges.
Meanwhile, fitness enthusiasts numbering 202 have been tried and convicted by two Lagos Mobile Courts at the Force Criminal Investigation Department (CID), Panti, Yaba, for violating the lockdown order.
Task Force arrested violators of the order in over 15 areas in the state including Yaba, Agege, Ogudu/Ojota and Iju while they were either jogging, cycling or loitering.
They were charged before two magistrates – Mrs Makanju Oshodi and Mr Nurudeen Layeni of the Lagos mobile courts.
They all faced a charge of violating the social distancing directives contrary to Regulation 1(1) of the COVID-19 Regulations which is punishable under Section 5 of the Public Health Law of Lagos State, 2015.
The violators who mostly pleaded guilty to the charge, were ordered to pay fines ranging from N5, 000 to N10, 000.
They are to make the payment to the state government.
The courts also ordered them to immediately begin a two-hour community service.
Speaking after the conviction of the violators, the Coordinator of Mobile Courts, Lagos State Ministry of Justice, Mrs Arinola Ogbara-Banjoko, said that over 260 persons had been tried by the courts for various violations since the lockdown began in Lagos.
“All apprehended juvenile offenders and persons with special needs were not arraigned before the courts.
“They were over 50 and are not a part of the over 260 persons tried by the mobile courts.
“Deaf and dumb persons were separated because we do not have an interpreter.
“Fines of N10, 000 and community service were handed out by the court,” she said.
Top Stories