A man who reportedly shot dead a promising footballer in Lagos over an altercation has been arrested. 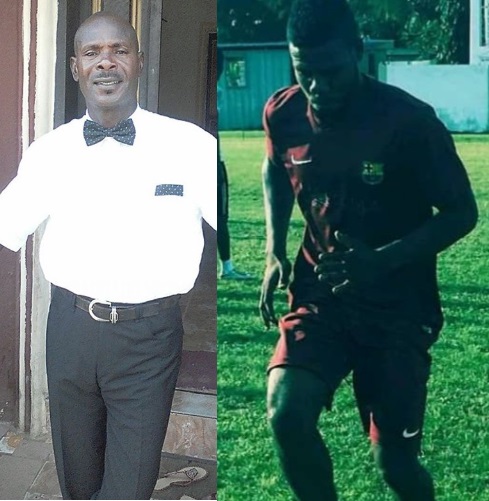 James Olu reportedly shot dead, Stephen Doubra Benson Legbe
James Olu, the Chairman of the Victory Estate, Iba, Lagos State has been arrested after he allegedly shot dead a young footballer who was returning home from vigilante duty.
The Lagos State Police Public Relations Officer, Bala Elkana, has confirmed the arrest of Mr James and said the incident is being investigated.
#JusticeForStephen began trending on Twitter after 26-year-old footballer Stephen Doubra Benson Legbe was shot dead on Saturday, April 18, 2020.
There was a bit of commotion in the area following Stephen's death as residents asked for justice for the slain footballer who was supposed to have traveled out of Nigeria to further his career but was held back due to the pandemic.
Residents claimed Mr James Olu, an ex-naval officer and also the Chairman of the Landlord's Association at Victory Estate, Iba, Lagos State, has threatened multiple times to kill Stephen as both men were never in good terms.
On Saturday, as Stephen was returning home after joining the youths in his area to guard the neighbourhood against the One Million Boys robbery gang, Mr James, who also did vigilante the night before, met him and they had an altercation. It allegedly ended with Mr James shooting Stephen.
Residents say they had no idea Mr James would follow through on his threat and they went after Mr James. When they didn't find him at home, they destroyed his properties,
Top Stories