The Nigeria Centre for Disease Control has recorded 91 new coronavirus cases in the country. 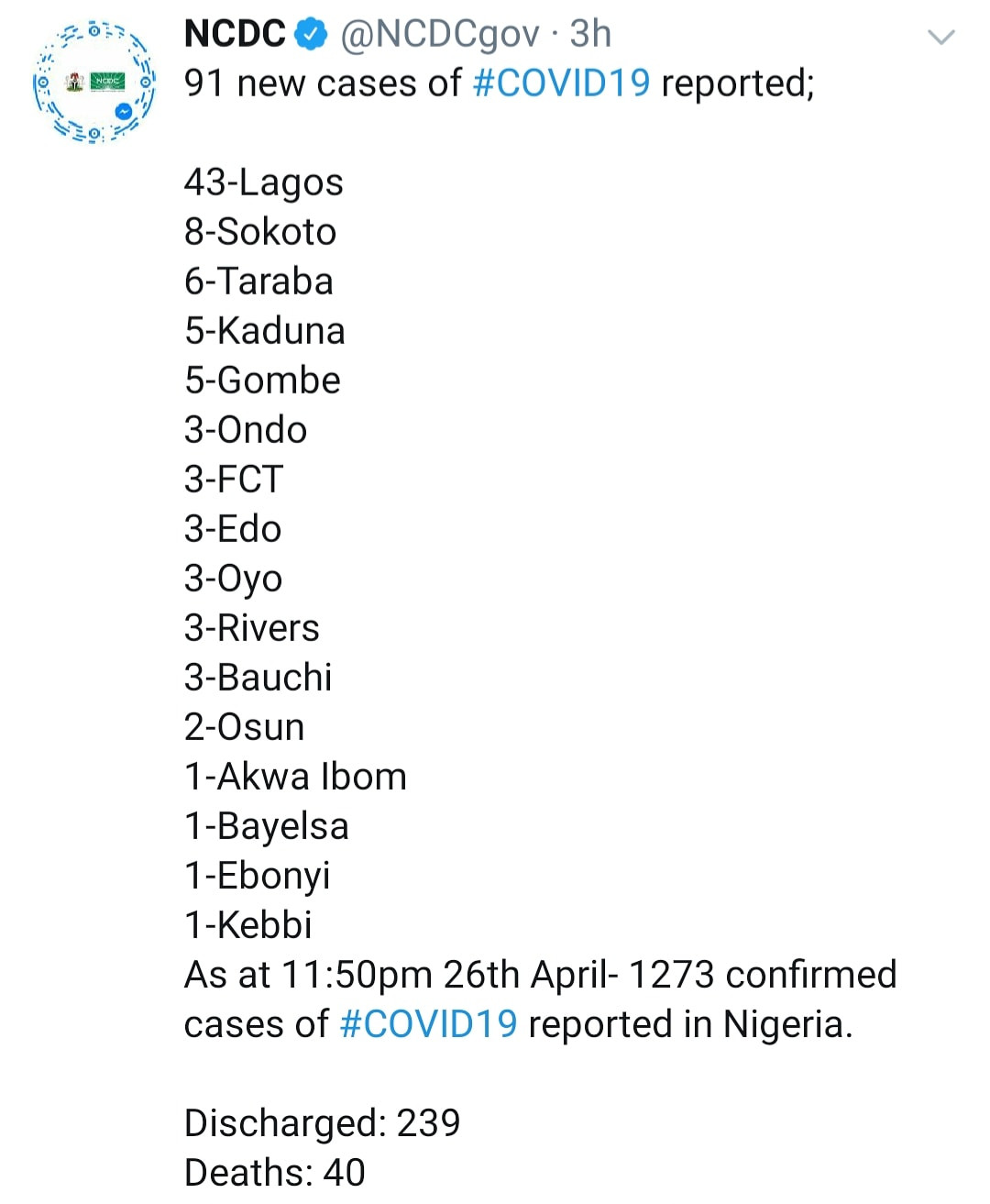 Nigeria has recorded 91 new cases of coronavirus, bringing the total number of confirmed infections reported in the country to 1273.

The Nigeria Centre for Disease Control made this known on its website on Sunday.

NCDC said, “On the 26th of April 2020, 91 new confirmed cases and five new deaths were recorded in Nigeria.

The centre also said that a case has been transferred from Lagos to Ondo State.

“One case previously reported in Lagos is now an Ondo State case. The total number of confirmed cases in Lagos is 731, and 8 in Ondo,” it added.