Update: Policeman Who Shot Policewoman Dead In Rivers State Has Been Dismissed


The policeman who shot his colleague in Rivers state has been dismissed and would face the wrath of the law. 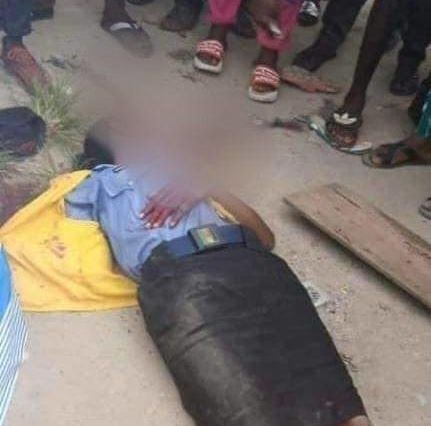 Policeman Who Shot Policewoman Dead In Rivers State Has Been Dismissed

Recall the policewoman was killed last week by the Police Sergeant attached to the State Government on Illegal Trading and Road Decongestion.

Rivers state police commissioner, Joseph Mukan confirmed the police officer's dismissal on Monday April 27, when he led police officers on a condolence visit to Ozuzu, in Etche LGA. He said the decision was taken after the conclusion of investigation and orderly room trial.

Mukan who prayed to God Almighty to grant her soul eternal rest, stated that justice would be served in the case. He warned that under his watch the rights of officers and men, including that of the citizens of Rivers State would be protected.