An accident victim who was told she would not use her legs to walk normal again has told her testimony years later. 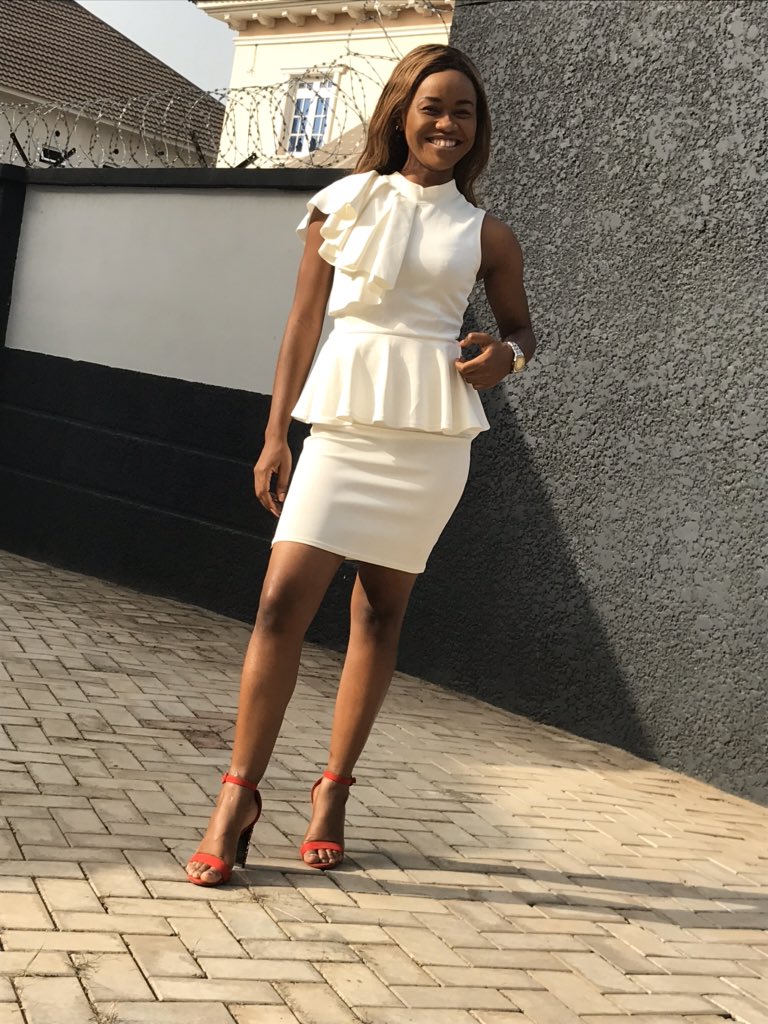 A young Nigerian lady has taken to social media to share her testimony after recovering from an accident.

The lady identified as Blessing Dike, told her story on Twitter, stunning her followers.

According to her, she had an accident in 2016 and was, in fact, the only survivor from the horrific crash. She explained that doctors who treated her told her she would never walk normal again.

However, years after in 2020, she is now able to do what they said she would not be able to do anymore.

She wrote: "Had an accident in 2016, I was the only survivor, right leg was badly damaged, it was almost amputated.

"Doctors said I will never be able to walk normal again, no shoes or sandals only slippers. Look at me now 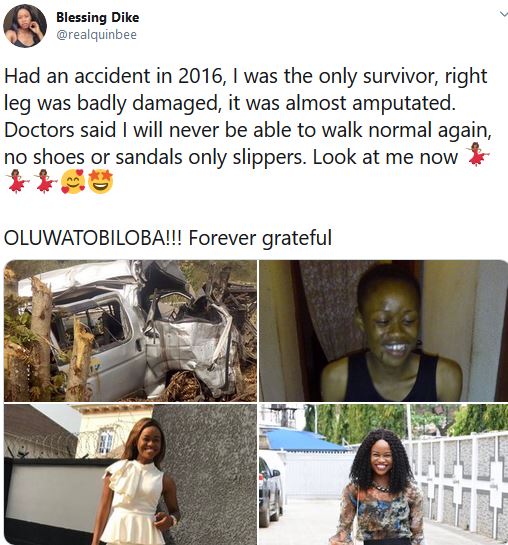 Below are more photos: 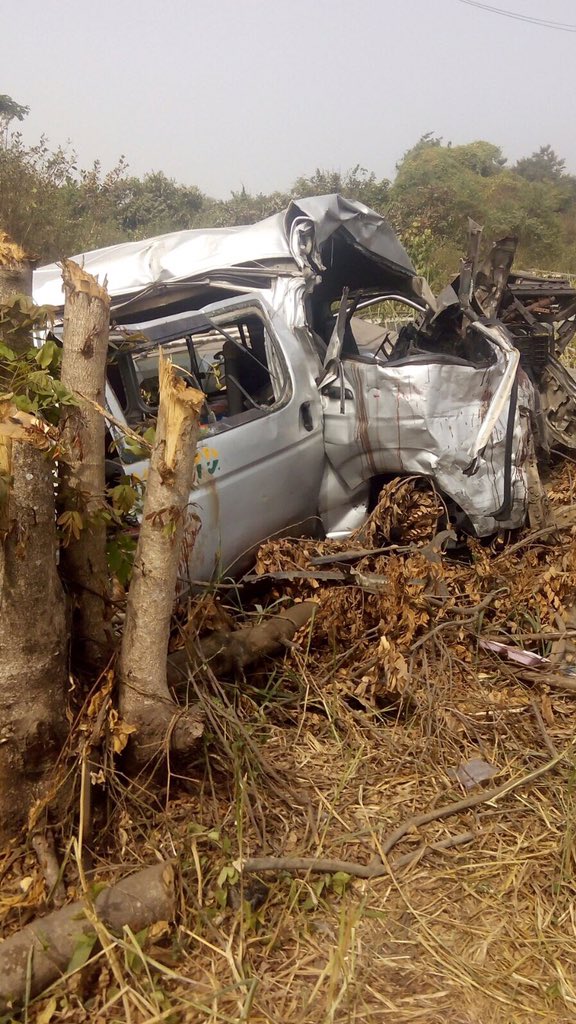 Scene of her accident 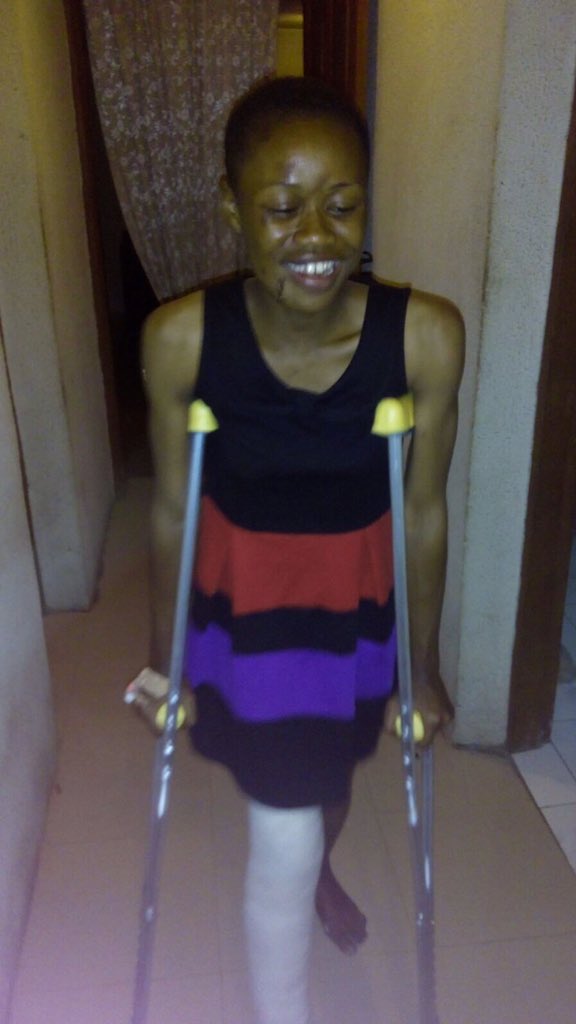 The lady during her recovery 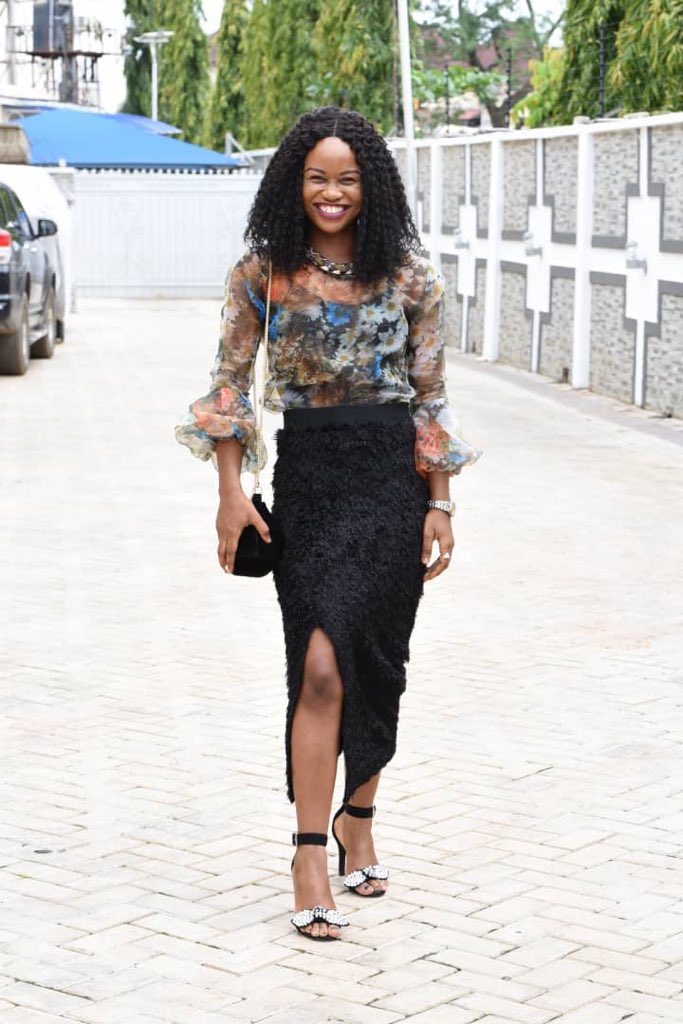