Wife of ace footballer, Di Maria, has revealed the actual reason he played for Manchester United in 2014. 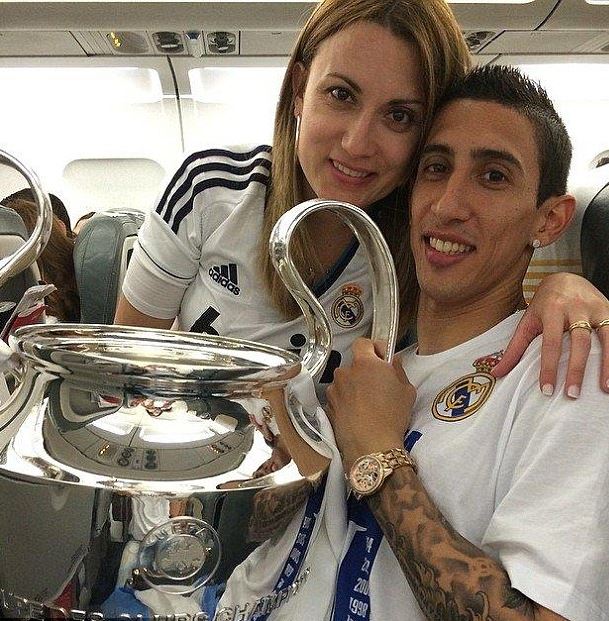 Cardoso, the wife of Paris Saint-Germain forward, Angel Di Maria, has claimed that her husband only joined Manchester United in 2014 because of the money.

Di Maria moved to Old Trafford in 2014, after Man United splashed out £60million to sign him from La Liga giants, Real Madrid.

The Argentine international played only one season (2014-2015) for the Red Devils before he left the Premier League giants for PSG.

During his one year at Man United, Di Maria was made one of the club’s highest earners with a deal worth £175,000-a-week salary.

The winger was also handed the legendary number 7 shirt, previously worn by the likes of Cristiano Ronaldo and Eric Cantona.

“I remember Angel coming up and saying, ‘an offer from Manchester United has come in. Maybe we will be a little more financially secure,’ Jorgelina told Los Angeles de la Manana.

“There was a lot of money involved, and afterward, the Spanish were calling us money grabbers. And they were right.

“If you are working for a company and the competition comes along and offers to pay you double, you take it.”