A heartless man has been arrested by the police for murdering his wife using a snake. 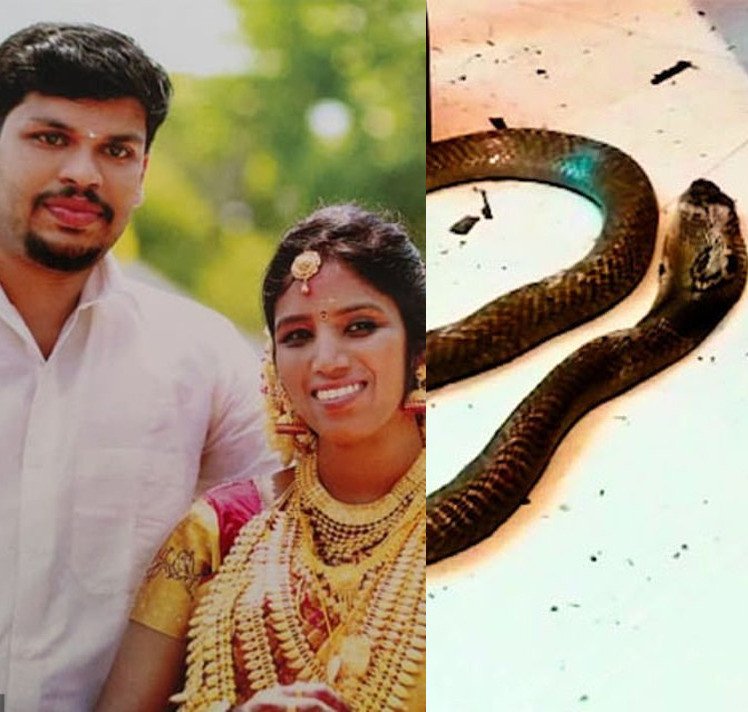 Sooraj killed his wife with a snake
An Indian man has killed his wife using a cobra weeks after an unsuccessful attempt with a viper, AFP has reported.
The sad incident happened in the southern state of Kerala, India.
The report revealed that the man identified as Sooraj, 27, first planted a Russell’s viper in his wife Uthra’s room in March. She got bit by the viper and was left hospitalized for almost two months.
He has since been arrested on murder charges.
After she was discharged to recuperate at her parents’ house, Sooraj then got a cobra from a local snake handler and threw it at his 25-year-old wife as she slept, police official Ashok Kumar told Agence France-Presse.
“Sooraj stayed in the same room as Uthra as if nothing had happened,” police said, with Sooraj acting surprised when “alerted by Uthra’s mother’s screams” as she found the body on May 7.
“They took her to the hospital where the doctor said she had died,” police said in a statement obtained by AFP.
The dead woman’s parents became suspicious because Sooraj had been present both times — and then tried to quickly take possession of all of his wealthy wife’s property.
Uthra’s father was an affluent businessman and mother a school teacher who retired two months ago while Sooraj, who worked in private financial institution, came from lower middle-class family.
They alerted police, who discovered he had been in contact with serpent handlers — and had also watched snake videos online, AFP says.
Sooraj was arrested Sunday and confessed during police interviews, according to Malayala Manorama.
He was motivated by their huge wedding comprising nearly 100 gold coins, a new car, and at least $20,000 in cash, AFP said.
“Sooraj feared that divorcing Uthra would mean giving back all the dowry. That’s when he decided to kill her,” the police statement said.
The couple had a one-year-old child.
The man accused of selling him at least one of the snakes was also arrested, the reports said.
Top Stories