Billboards of President Muhammadu Buhari and Governor Bello Masari have been burnt down by angry locals. 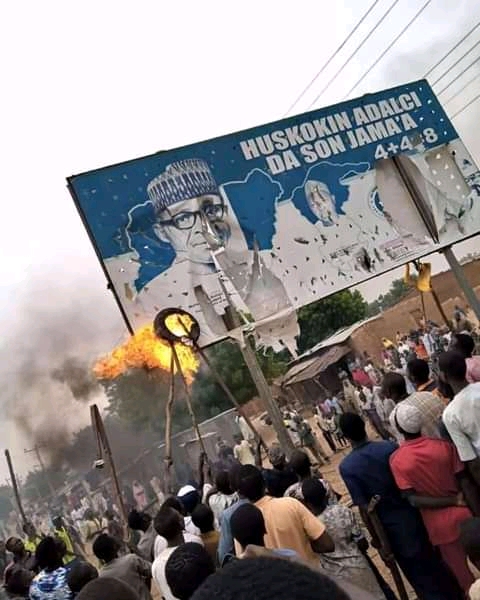 Buhari and governor Masair's billboards burnt down in Katsina state
Angry youths in Yan Tumaki town, Danmusa local government area of Katsina State have burnt down billboards of president Muhammadu Buhari and Gov. Bello Masari due to growing insecurity in the state.
TheCable reported that a billboard bearing the picture of President Muhammadu Buhari and logo of the All Progressives Congress (APC) has been burnt by protesters in Yantumaki town, Danmusa local government area of Katsina state.
Buhari is a native of Katsina.
On Tuesday morning, residents of the town protested against the attacks and killings by bandits.
This development is coming a week after Aminu Masari, governor of Katsina, announced that his administration had pulled out of the peace deal it had with bandits.
The state government had entered a peace agreement with the gunmen. But despite the accord, communities in Katsina are still being attacked and residents killed.
On June 1, bandits shot dead 60-year-old Abu Atiku, district head of Yantumaki.
The gunmen also attacked some communities in Batsari LGA of the state, and killed the council’s APC chairman.
The protesters reportedly barricaded the Katsina/Kankara major highway and blocked the road leading to the town. 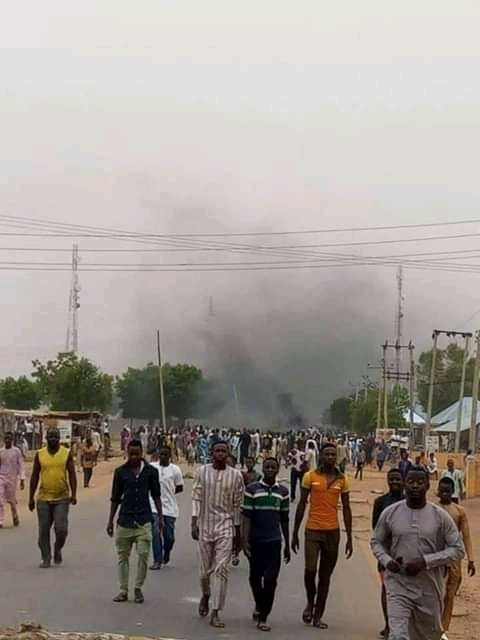 They were said to have been enraged by the kidnap of one Mansir Yusuf and his daughter by bandits around 1 am on Tuesday.
When TheCable contacted Isah Gambo, spokesman of the state police command, he refused to react to the incident.
A text message sent to him is also yet to be replied to as of the time of filing this report.
See video below:
Top Stories