Mr Baba Tela, Deputy Governor of Bauchi State who tested positive to Coronavous has tested negative for the virus and discharged. 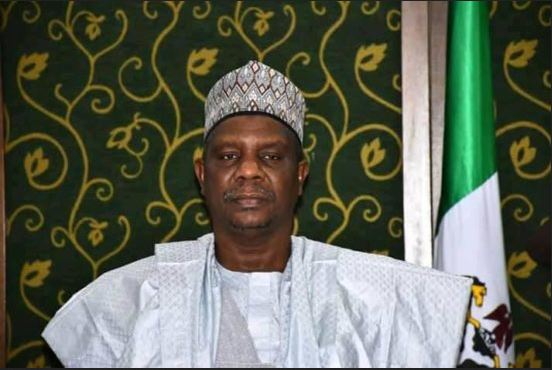 The Deputy Governor of Bauchi State, Bala Tela who tested positive for COVID-19  few days ago, has recovered the disease.

“His Excellency the deputy governor of Bauchi state, nine days ago was in isolation because he was infected. However, we thank God that after another test, he is now negative and he has been discharged,” Mohammed said.

He also shared the sad news of the death of a frontline health worker, Dr Bello Katagum. According to Mohammed, the deceased lost his life in the line of duty.

“Dr Bello Katagun, a frontline medical doctor managing the dreaded COVID-19 in the state has lost his life in the line of duty to the virus,” he said.

The state governor, Bala Mohammed, has expressed shock at the demise of the medical doctor. In a condolence message he released, the state governor described Katagun as the pillar of health management in the state.

“We lost a doctor today to COVID-19, he was a most respected pillar of health management in Bauchi and in Nigeria. He was one of the first consultants we ever produced in the North and it is very unfortunate that we lost this gem. He is part of the index cases of my deputy governor.

He has given us so much support in Bauchi state, he established a hospital, he treated our parents and he was even a resident in the hospital just to be there for us all. His death was a big loss for us” Gov. Mohammed's statement read.

Bauchi state currently has 364 confirmed cases of the Coronavirus with 10 fatalities.