The General overseer of the Redeemed Christian Church of God, Pastor Enoch Adeboye, has revealed how he would kill anyone who messes with his other half. 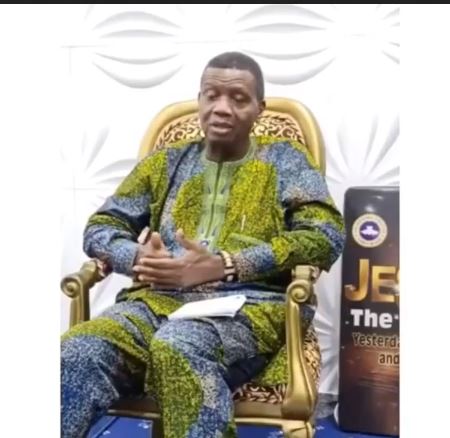 Pastor Adeboye revealed that he is willing to kill anyone who messes around with his wife, Foluke.

General overseer of the Redeemed Christian Church of God (RCCG), Pastor Enoch Adeboye, during one of his weekly morning devotion revealed how far he could go to protect his wife, saying he will kill anyone who tries to mess with her.

According to Adeboye, husbands and wives only have a single job on their hands and he says it is to have a successful union. He added that the wife should learn to be submissive to her husband while the husband’s assignment is to love his wife.

He went on to say, people can do whatever they like to him in forms of criticism and insults but they must not extend it to his wife.

“You can do whatever you like to me, you can criticize me, you can insult me, you can trample on me, I will only pray for you. But if you mess around with my wife, I will kill you. I will kill you so thoroughly you won’t even be able to rise on the resurrection morning. When people ask me how are you going to do that, I tell my daddy to send you to hell straight away,” the man of God said.