Actor Yomi Fabiyi has advised the public to exercise caution in the rape allegation levelled against D’banj. 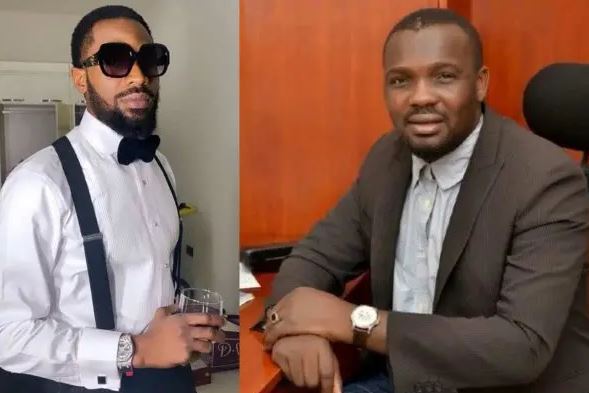 Nigerian actor Yomi Fabiyi, has reacted to the rape allegation levied against singer Dbanj, as he raised some questions from it all.

The singer has come out to deny the allegations, though there were further claims by her that he used some policemen to harass and threaten her not to talk about the incident.

This led to widespread outrage on social media as many celebrities have also joined forcing in slamming Dbanj.

In his own reaction to the turn of events, Yomi Fabiyi said no clear evidence has been given to make anyone have a conclusion on the case.

He also raised some questions which he believes must be answered to get to the bottom of the case.

“While I am happy the Law Enforcement are handling the @iambangalee case with Seyi Babatayo, I will love the investigation to bring out some facts before drawing conclusions as an adult, a member of the voting public, an entertainer and an advocate of Human Rights. All parties connected have right to be heard and investigated on this matter.

Nobody should be silenced(ACCUSED or ACCUSER), rape and it’s devastating effect on victims are huge but because the case found it’s way to social media first and without no clear cut evidence(which cause for serious caution until overwhelming evidence/investigation surfaces), the worst that we MUST fear is for the larger society to be found wanting drawing conclusion on HALF INFORMATION. RAPE will win, as it may weaken other serious victims from coming forward and get the right justice in future.

I. Was there any relationship between Dbanj and the accuser before the hotel incident? What kind?

II. Was there a prior communication between them before Dbanj’s arrival at the hotel? What was the conversation?

III. How did Dbanj know the accuser was in the hotel and room number?

IV. How did Dbanj accessed the accuser’s room?

V. Learnt there was an illegal entry, did anyone from the hotel confirm this yet and sound of noise or violence?

VI. If there was a case of physical over-powering, was there use of any ammunition and was there any bruise or damage of hotel property or accuser’s personal effect(s)? What and where are they?

VII. If the accuser delayed speaking out all these while, was there any complain to the Police or litigation against THE HOTEL for breach of trust, consumer service and violation before or now?

VIII. Why is the accuser not keeping the management of the hotel on the spot? They have a lot at stake, speaking the truth will help the investigation?

IX. The whole account of illegal arrest against the accuser grossly lie on the Police and not Dbanj. Let us assume he demanded for such, the Police are meant to uphold the fundamental rights of the accuser, why haven’t you sue the police?

I’m happy Nigerians stood up loudly against RAPE, it is a scourge we do not want in our society”.