From Shame To Fame: Meet The 2020 BBNaija Housemate Who Was Mocked Online


A Big Brother Naija housemate, Laycon mocked online is gaining momentum as the most talked about housemate in the house. 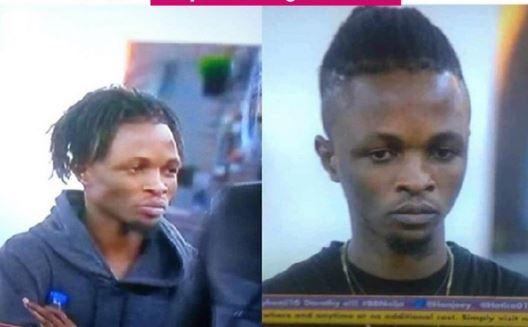 Laycon
Olamilekan Agbeleshe known by his stage name Laycon is a 26 year old rapper and singer from Lagos. He graduated from the department of philosophy from the University of Lagos in 2016, and he was one of the best graduating student in his set.
Laycon started his music career at an early age and has now emerged as one of Nigeria's most promising act as his E.P which he dropped months back went from just some mere streams to a hundred thousands plus streams across all platforms after he was mocked online at the inception of the big brother show last night for looking malnourished like a kwashiorkor patient by lots of Nigerians.
Many felt that he has no business at all in the house cause when he was asked what's his spec, he gave a rather not incline answer and was just staring staring at other housemates all through the night.
But as at filing this report, Laycon's shame has turned to fame as his fan base is now going high, he is the most trended housemate now and his fan base is increasing massively, top celebrities like Don Jazzy, Denrele Edun e.t.c are now rooting for him. His EP went from just 25 streams to 16,000 streams just last night.
Could he be the next Efe who won the BBN show like this in 2017? Only time will tell. Like Efe who had a word associated with him "Base on logistics" Laycon's word now associated with him is, "Just have sense". He made this statement when he was asked what was his spec last night.
Laycon is currently the favourite and most talked about housemate at this moment. An interview with him, he revealed that he acquired an habit of reading his bible during the lockdown. 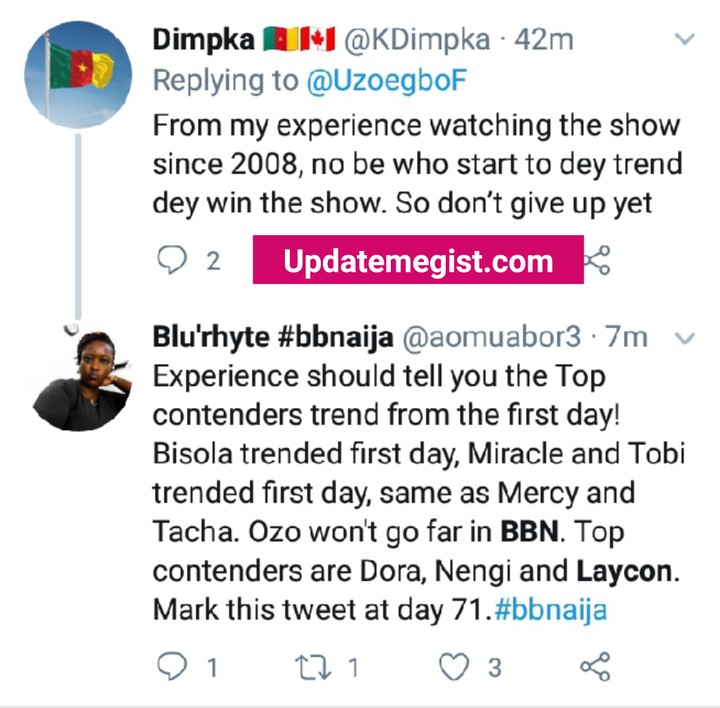 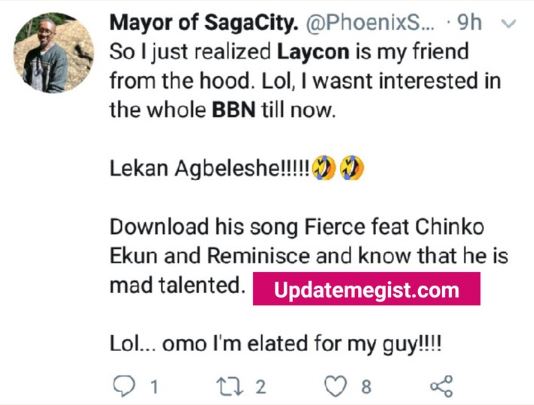 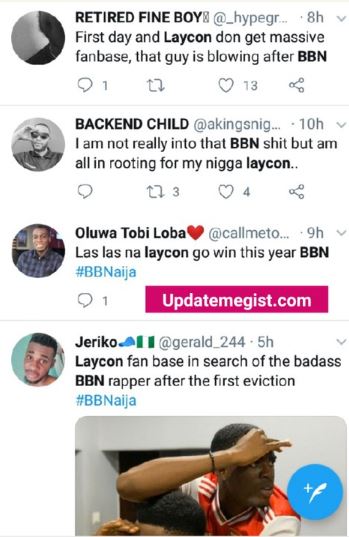 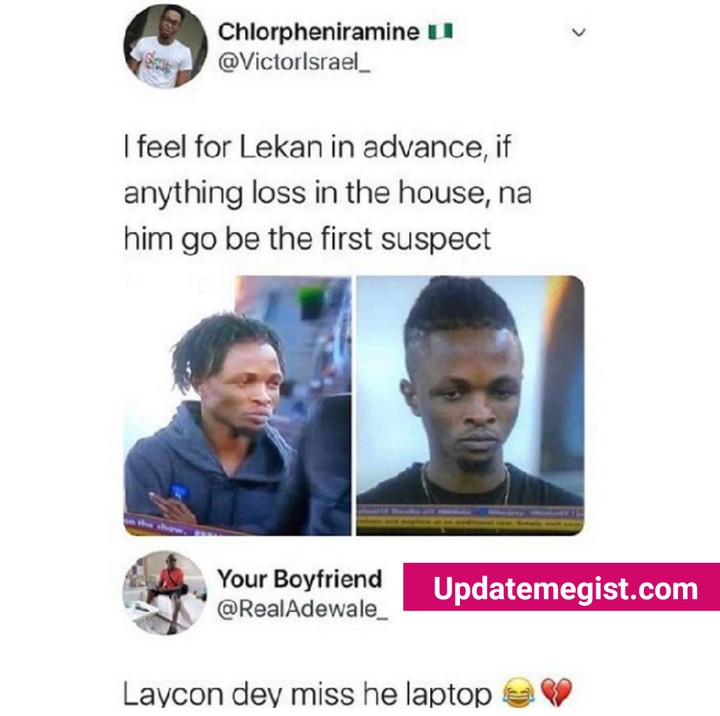 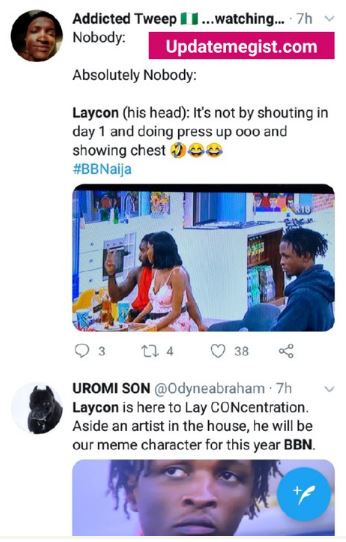