Travelers along the Abuja-Kaduna Expressway have been left in a state of fear following recent abduction by gunmen. 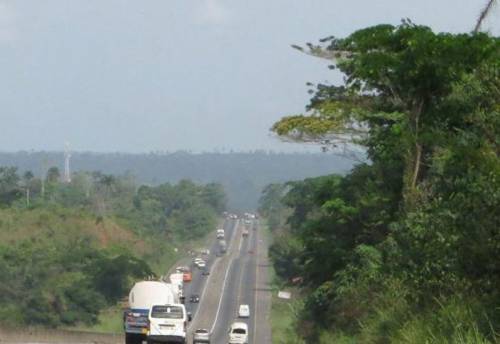 Abuja-Kaduna Expressway
Some travelers have been allegedly abducted along Abuja-Kaduna Expressway on Thursday by some hoodlums.
According to Sahara Reporters, the gunmen laid ambush near Katari Village, shooting sporadically at some vehicles heading to Kaduna around 9:00am.
The number of the travellers affected in the attack could not be ascertained at the time of this report.
Spokesperson for the Kaduna State Police Command, Muhammed Jilge, could not confirm the incident when contacted by SaharaReporters.
Many travellers had recently expressed fear and apprehension over the 100 per cent increase in train fare by the Nigerian Government.
They alleged that the increment will force them back to the road where kidnappers operate daily.
Top Stories