A nurse pulled three babies out of a hospital rocked by the massive explosion in Beirut. 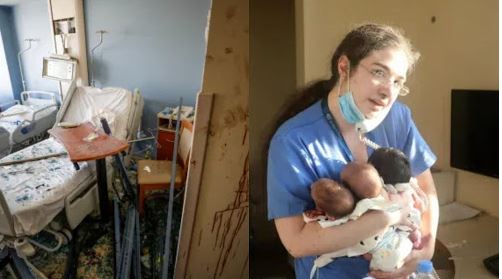 This powerful picture of a nurse cradling three babies in a hospital lays bare the heartbreaking human reality of the Beirut explosion.

The blast ripped apart the port in the Lebanon capital, levelling buildings and sending shockwaves throughout the city.

Hospitals already struggling with the coronavirus pandemic are now totally overwhelmed with thousands of people injured in the huge explosion. 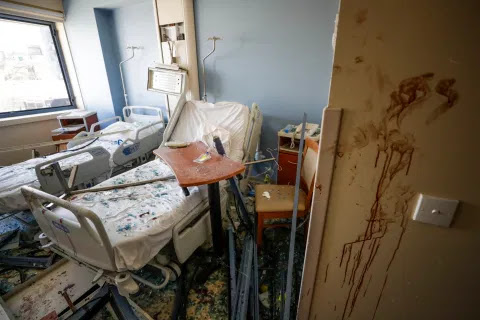 Wearing blue scrubs and a face mask, she is seen taking a phone call all while holding three babies in the chaotic melee.

The photographer said he has documented ‘lots of wars’ over 16 years but had never come across a scene like it.

He wrote: ‘I can say I didn’t see what I saw today in Ashrafia area, especially in front of the rum hospital and this “heroine” caught me inside the hospital and was accelerating to call despite the suspension of communication holding three newborn babies and surrounded by dozens of bodies and wounded.’

As the desperate hunt for survivors continues, doctors have been forced to treat patients in car parks.

A doctor at the scene told Al Arabiya English: ‘We’re bringing the patients to the emergency building, and from there, we’re trying to send them to different hospitals because the urgent care is also full. What can we do?’