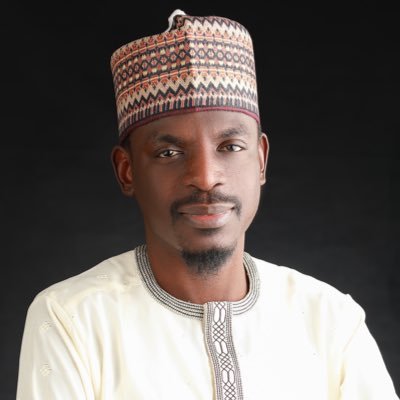 Bashir Ahmad
Bashir Ahmad, the Personal Assistant on New Media to President Muhammadu Buhari has been called out on social media by users over a controversial tweet he made supporting death sentence on Blasphemy.

I cant pretend or keep silent. I support the death penalty for BLASPHEMY. That's my belief and I do not and will never support #SaveKanoNine

Nigerians called him him an extremist for supporting the killing of another man, while wondering why such a religion will not allow the almight God fight his own battle.
It all started after a Kano court passed a death sentence on a musician for blasphemy. Online users condemned the sentence stating clearly that since Nigeria is not a sharia country, a court of such standard has no legal right to impose death sentence.
Bashir took to Twitter to support the sentence with Nigerians coming for his head.
See responses below:

Bashir Ahmad, (Buhari’s media aide) is one of the Muslims in the North who supports “death penalty” for blasphemy under the Sharia Law.

Ask Bashir Ahmad if his Governor Ganduje’s hand, has been cut off since stuffing dollars under his babariga???? pic.twitter.com/WdRdeiJ8zz

Fuck Buhari
Fuck Bashir
Fuck Nigeria
Fuck Boko Haram
Fuck DSS
Fuck the Senate
Fuck Aso Rock
Fuck Nigerian Politicians
Fuck Lord Lugard
Fuck those who support death penalty for 'blasphemy' and Sharia Law
If you support any of the above FUCK YOU
For being a Nigerian FUCK ME!

If Mohammed is "god" let him fight for himself.
Stop killing in his name and term it blasphemy
And if Buhari cannot intervene in this Kano act of Boko Haram/ISIS and call Bashir to order then one Nigeria is in trouble with Sharia Law active pic.twitter.com/s5b2sY9Ynt

Your government officials like Bashir Ahmad have also endorsed this madness.

The same Bashir that said he'll "do something" about the court conviction of Yunusa the pedophile before deleting the tweet. Today he's Liking a tweet endorsing religious violence.

Bashir Ahmad is mentoring @Waspapping_. They are birds of a feather. They are both religious extremists. Their ethnic jingoism is next to none.

Do not forget that the proposed Hate Speech Law is VERY comparable to the Sharia Blasphemy Law. They just packaged it lai dat. pic.twitter.com/cVWk9TI0MO

Bashir, I understand, you support death for blasphemy but you believe in repentance and amnesty for Boko Haram terrorists. Yowa! You are a smart dude! https://t.co/qQsKi0SaUN

The fact that Bashir haven't deleted that tweet speaks volume. They all support Islam sharia laws to it's brim.

Death penalty for blasphemy, endorsement for thieves and corrupt leaders. Lord Luggard will suffer for 600 years for this.😭

Bashir Ahmad has the same reasoning and dogmas just like @Waspapping_ . Both are extremist per excellence. https://t.co/8YJgKi6r3p

This guy bashir is an Islamic extremist, he's now blocking people after confronting him about his latest post on blasphemy on mohammed and he's supposed to the president's media aid in a secular Nigeria. Unbelievable. pic.twitter.com/oIcFtRM8Nw

This Is Why The Rogue Fulani-controlled Govt Of #Buhari Allows Sharia Law And Endorse The Slaughter Of Christians And Non-Fulanis In Nigeria. There's No Difference Between Bashir, Ganduje & Boko Haram Terrorist Leader, Shekau Who Supports Death For Blasphemy....#RejectNigeria pic.twitter.com/dx1p87XwIM

El-Rufai said this in 2013 and no Christian called for his head. But here they are taking innocent soul

They is no law in any set of religions dat said u should burn human alive, Dats inhumanity. Hypocrites find the 1st frame right and still attack the 2nd one.

This is Bashir's role model.