The love between the pair is waxing stronger than ever as he surprised her on her birthday. 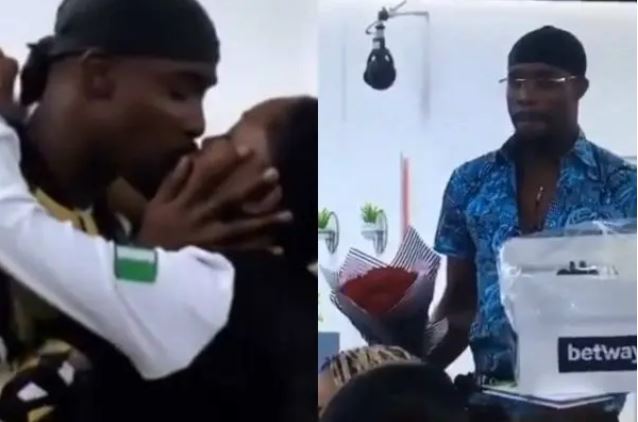 Big Brother Lockdown housemate, Neo suprised Vee for her 24th birthday as he went all out for her by sacrificing all his BBNaira to get fresh flowers for her.

The love between the pair is obviously waxing stronger than ever.

Well, it was not a straightforward path for Neo to get the special gift for Vee, as he made the biggest sacrifice, and it was obviously worth it as she was all smiles upon receiving the gift.

Neo had reminded Biggie about his intention to surprise and celebrate Vee’s birthday with a bouquet during his Diary session.

Neo was subsequently asked to sacrifice all his BB Naira for the week and any of his personal belongings. He ultimately gave up a shirt and all his BBNaira.

Neo’s decision to sacrifice his entire BBNaira for the week to get flowers for Vee is not unconnected with Vee’s dream of having a special and memorable 24th birthday.

Neo had also noted that Vee had always told him how much she loves flowers.

Watch a video of the moment he gifted her the flowers below;