Nigerian musician from Benue state, 2face Idibia has taken to social media to show off his farm. 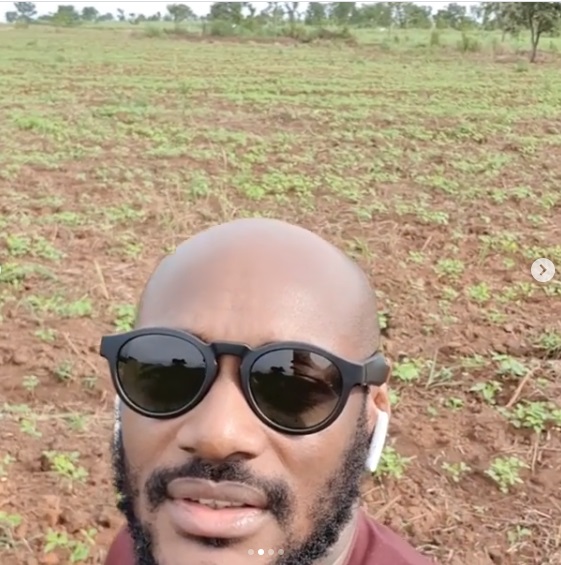 Idibia
Many people are not aware that their favourite musician, 2Face apart from making music, is also a farmer.
The veteran has taken to his social media page to show off his massive farm land in Benue state has been named "Innobia Farms".
Sharing a video of the farm land, the singer described it as the beginning of another chapter and also revealed that his crops are growing nicely.
2Face wrote;
It's official!!! INNOBIA FARMS.
Crops growing healthy nicely. This is the beginning of another chapter .
JAH GUIDE US.
#WARRIORS
#GRATEFUL
BENUE 2 the world
IDOMA land
Here is the video;

2Face shows off his massive farm in Benue state