'Best Decision I Ever Made' - Tonto Dikeh Returns To School (Photos)


Popular Nigerian actress, Tonto Dikeh has revealed that she has gone back to school. 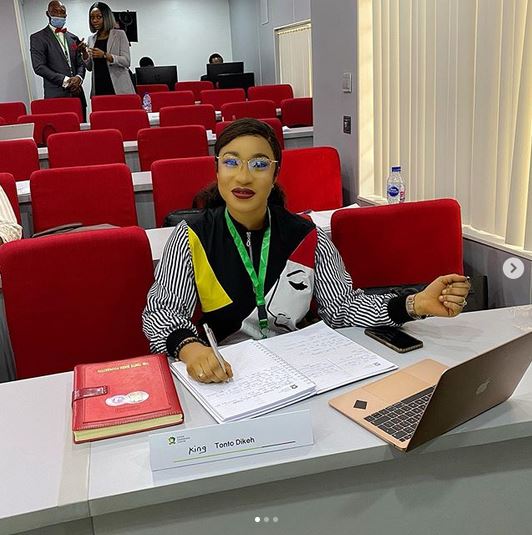 Tonto Dikeh, one of Nigeria's popular actresses, has shared a slew of pictures showing her in what appears to be a school hall, explaining that she had leaned towards education to clinch new levels.

The actress spoke inexplicitly via a post on her Instagram page on Tuesday, writing: “Back to school, best decision I ever made. Leadership flows to the one who knows, never stop educating yourself.

“New levels require new information… KING TONTO [Director Socials and empowerment at committee of youths on Mobilisation and sensitization(Cyms), Office of the presidency]”

BACK TO SCHOOL.. BEST DECISION I EVER MADE.. Leadership Flows to the one Who knows, never stop Educating Yourself.. New Levels,Requires New Information... @gotnileadershipcentre #KINGTONTO [Director Socials and empowerment at committee of youths on Mobilisation and sensitization(Cyms),Office of the presidency] #LEADERSHIP Cc @cymsnigeria

Last month, the movie star had opened up on her plans to go into politics in 2023, noting she was already watching the grounds for the senate.

“I know that I’m going to be a senator. I think the position is going to climb up. Being a governor, I do not know. But I don’t see anything past me. Anything I put my mind to,” she had said.

“I can do it. I’m in the process; I’ve started. I’ve been watching the grounds. I’m not going to be identifying with any political party at the moment until 2023. I got so detached from Nollywood.

“…I have also gone back to school for leadership. I started taking classes on speaking and influencing. They train you on how to be a leader and speaking in public,  public relations.”