The victim died at the scene following the beating by members of the public who responded to a distress call from the mother of the minor. 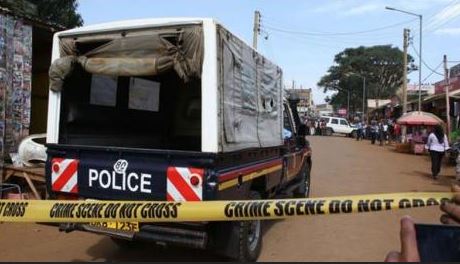 A 35-year-old casual labourer was on Monday stoned to death for allegedly attempting to defile a three-year-old girl at Kambe market area in Ting’ang’a location of Kiambu Sub-county, Kenya.

The victim, Michael Karimi Kai, died at the scene following the beating by members of the public who responded to a distress call from the mother of the minor.

Armed with crude weapons including logs, sticks and stones, the public descended on the suspect who was caught red-handed with the child in his house at about 9am.

An eyewitness told KNA that the mother of the child after realizing that her child was not with her playmates started looking for her in the neighbours’ houses.

With assistance from her neighbours and friends, they knocked on the door of the suspect and found the child seated on the bed in the single-roomed rented house.

They raised alarm and curious members of the public responded and entered the house upon which they started beating him up after he failed to give a satisfactory explanation of what the minor was doing in his house while others were playing outside.

Ting’ang’a Assistant County Commissioner Caleb Nyongesa confirmed to KNA that the suspect had been beaten up following the allegations.

He, however, warned the public against taking the law in their hands by punishing suspects without involving law enforcement officers, saying this was unlawful.

“Unfortunately, it is true, the man was beaten up and he succumbed to the injuries before the assistant chief could reach the scene otherwise we could have saved him and handed him over to the police to carry out their investigations,” Mr. Nyongesa told KNA on phone.

The man’s body was taken to Kiambu Level V Hospital as investigations into the incident continue.