Just months to his wedding, a man has taken to Facebook to disassociate himself from his fiancee. 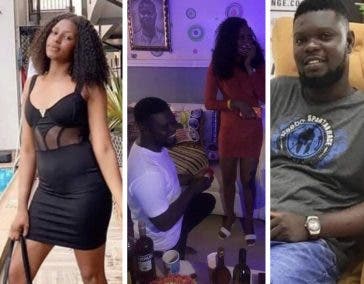 Elliot has disengaged his fiancee, Success Oyoviwkose
A Nigerian man identified as Elliot Ihwia has severed any relationship with his fiancee, Success Oyoviwkose whom he engaged in a lavish engagement party.
While giving reasons, Elliot said the disengagement notice was due to an “abuse of engagement” and henceforth, has officially withdrawn the engagement ring as he wishes to have nothing more to do with his ex-fiancée.
He further warned that no one should call or attach his name to her name.
Recall that we reported how Oyoviwkose was exposed after she was caught with another man just some months to her wedding. 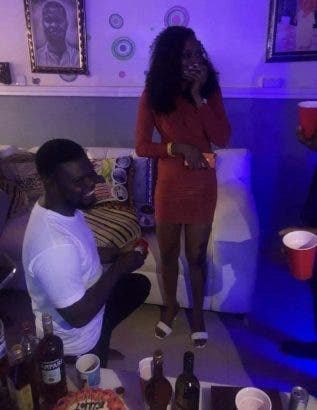 He wrote;
“Special announcement to the general public That I Elliot Ihwia have openly withdrawn my engagement ring💍 from Success Oyoviwkose . nor in anywhere regards her with me or call her joined my name’s any kind 🙏🙏🙏, Abuse of engagement”
See their engagement photos: 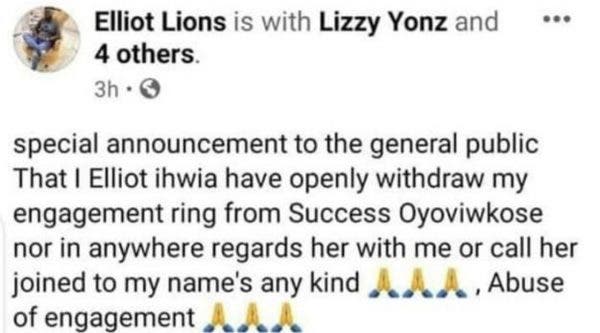 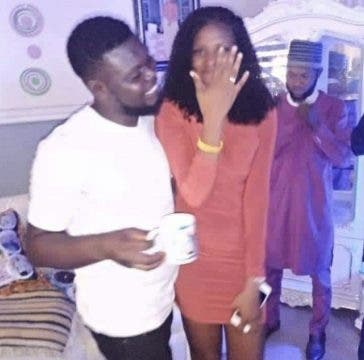