The victim was swept away by raging waters while her partner was using her phone to take pictures of her. 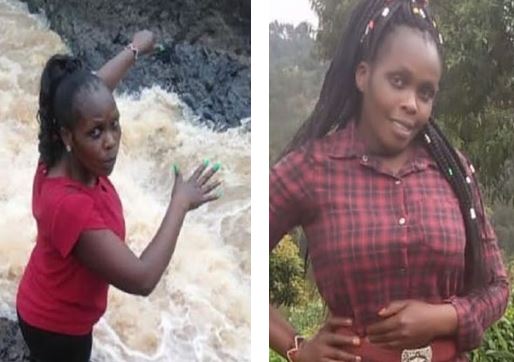 A lovers’ picnic at Chepkiit Waterfalls in Nandi County turned tragic after a woman slipped and fell into the dam while posing for photos.

Dorcas Jepkemoi Chumba, 31, was swept away by raging waters on Sunday afternoon while her partner, Benjamin Kazungu, was using her phone to take pictures of her.

Efforts by Mr Kazungu to rescue her bore little fruit as he helplessly watched his fiancé drown in the raging waters.

“I tried to rescue her but I was not able since the dam was full to the brim,” he said after the horrific incident.

Now, Mr Kazungu says the only memory he is left with is the last photo he took of her before she fell to her death.

Ms Chumba’s family, which hails from Kapchorwa village in Keiyo South, has been camping at the falls since Sunday with the hope of retrieving her body.

Efforts by local divers were still futile at press time.

Her brother Victor Kiptoo appealed to the county governments of Uasin Gishu and Nandi to help the family find her body.

“It has happened and we accept it, what we are requesting is help to retrieve the body for burial,” he said.

He appealed to family members to be patient as rescue teams continue to monitor the situation.

“This dam has become a dangerous place especially during rainy season, members of public are advised to keep off for their safety,” he said.