The mother of two has revealed how good her husband looks underneath. 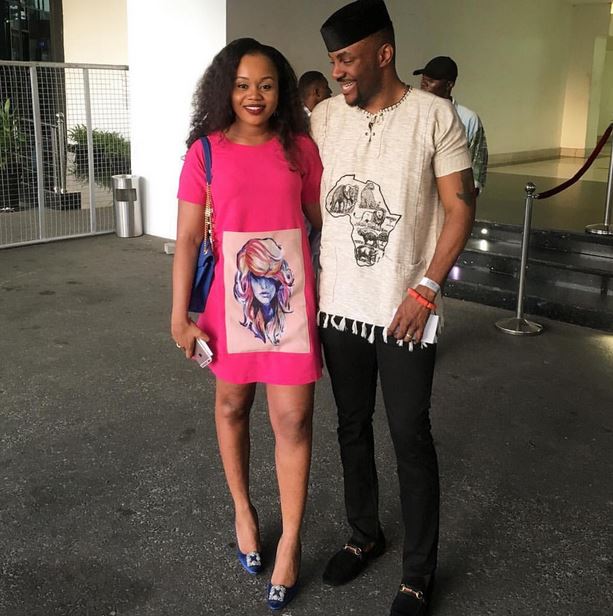 Cynthia, the wife of popular Media personality, Ebuka’s has revealed that her husband also looks good when he’s naked and not just when he is putting on his best attires.

She made the disclosure while responding to a Tweet by a social media user on Twitter who had complimented Ebuka, stating that the TV host is the best dressed Nigerian celebrity. Clothes sit perfectly on him and that he looks lovely in everything.

The mother of two thereafter slammed a Twitter user who seemed to have a problem with her complimenting her husband.

“Someone said: Ebuka’s wife is losing it” because I complimented my own husband. People are miserable sha” she wrote. 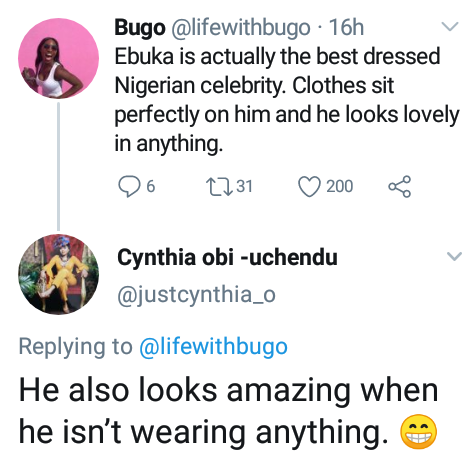 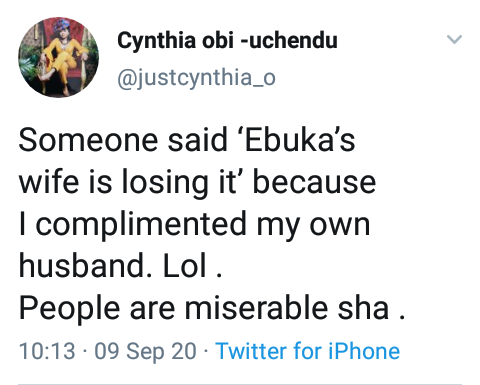